You are here: Home / European Travel / The Perfect Day Trip To Disneyland Paris

Hello & welcome back to my blog! I just got back from a crazy, week-long trip and I’m experiencing the good old holiday blues 😩 We honestly had so much fun! Our first stop was Paris, then we flew to Rome and after that, we spent a week in beautiful Greece! I already wrote two blog posts about Rome and Paris. Check them out! In the meantime, subscribe to my Newsletter and follow me on my social media to get updates when I post my Greece blog post!

In today’s post, I am going to be writing about our trip to Disneyland Paris. It was my first time going to Disney and it was honestly so much fun! The weather was unbelievably hot but we made sure to pack lots of water and go in shops & restaurants for the AC if it gets too much.

How to get to Disney:

As soon as we arrived in Paris, we bought a 72h train pass that cost around €73 for two people. After we finished sightseeing, we took the train from Gare l’Est. I do not remember which line exactly, but you can download the official app for French public transportation. It is super easy to use! What I do remember is that from Gare l’Est, we have to change trains twice.

TIP: if you have pieces of luggage or backpacks and don’t want to carry them around, all major EU train stations have lockers! You can easily find them and cost less than €10 for 24 hours, and they’re very safe too.

You have to stop at Gare de Marne la Vallée Chessy. You’ll notice the Mickey Mouse ears on screens next to it when you’re checking the stops at the train stations. It’s so cute! 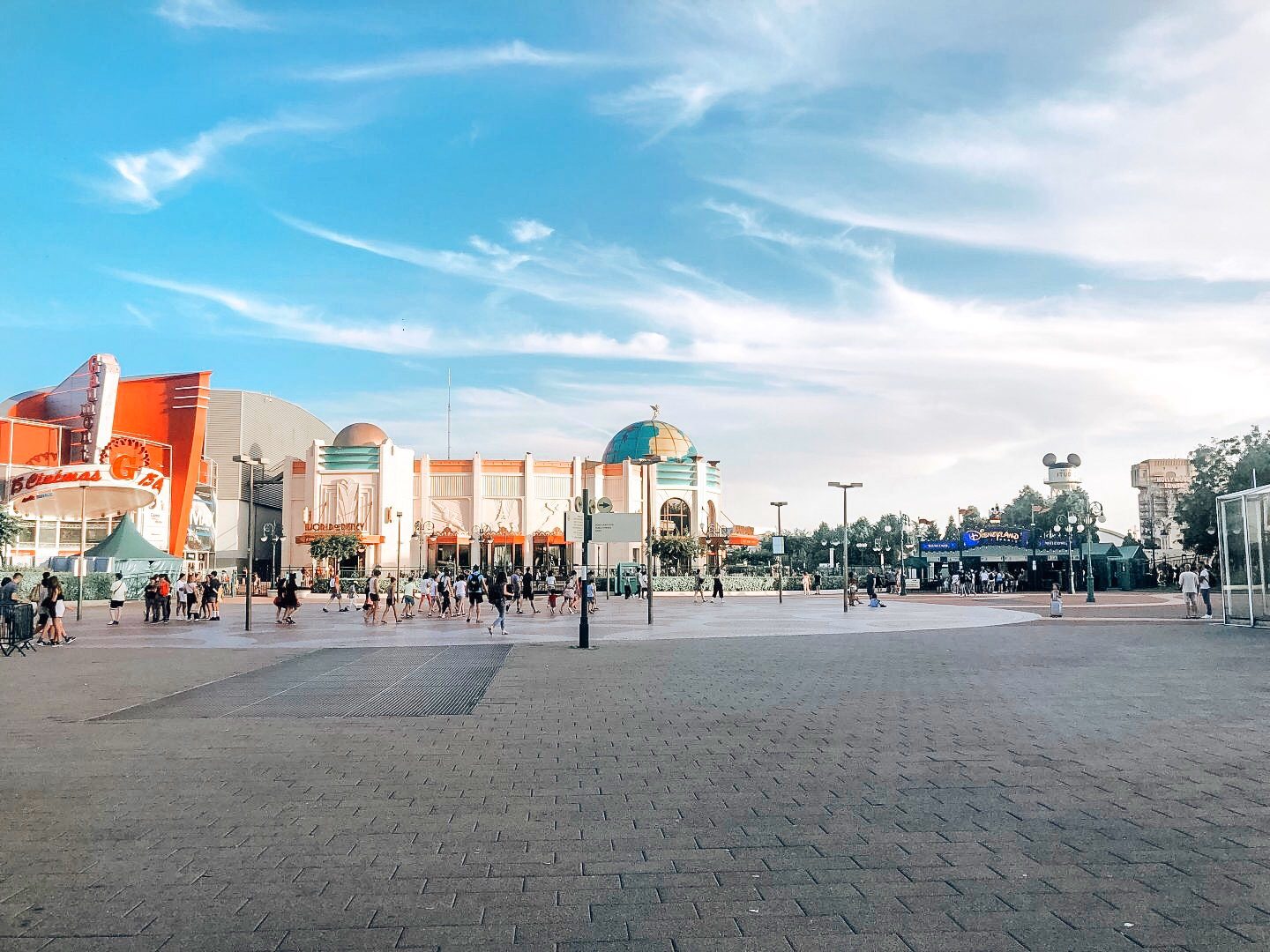 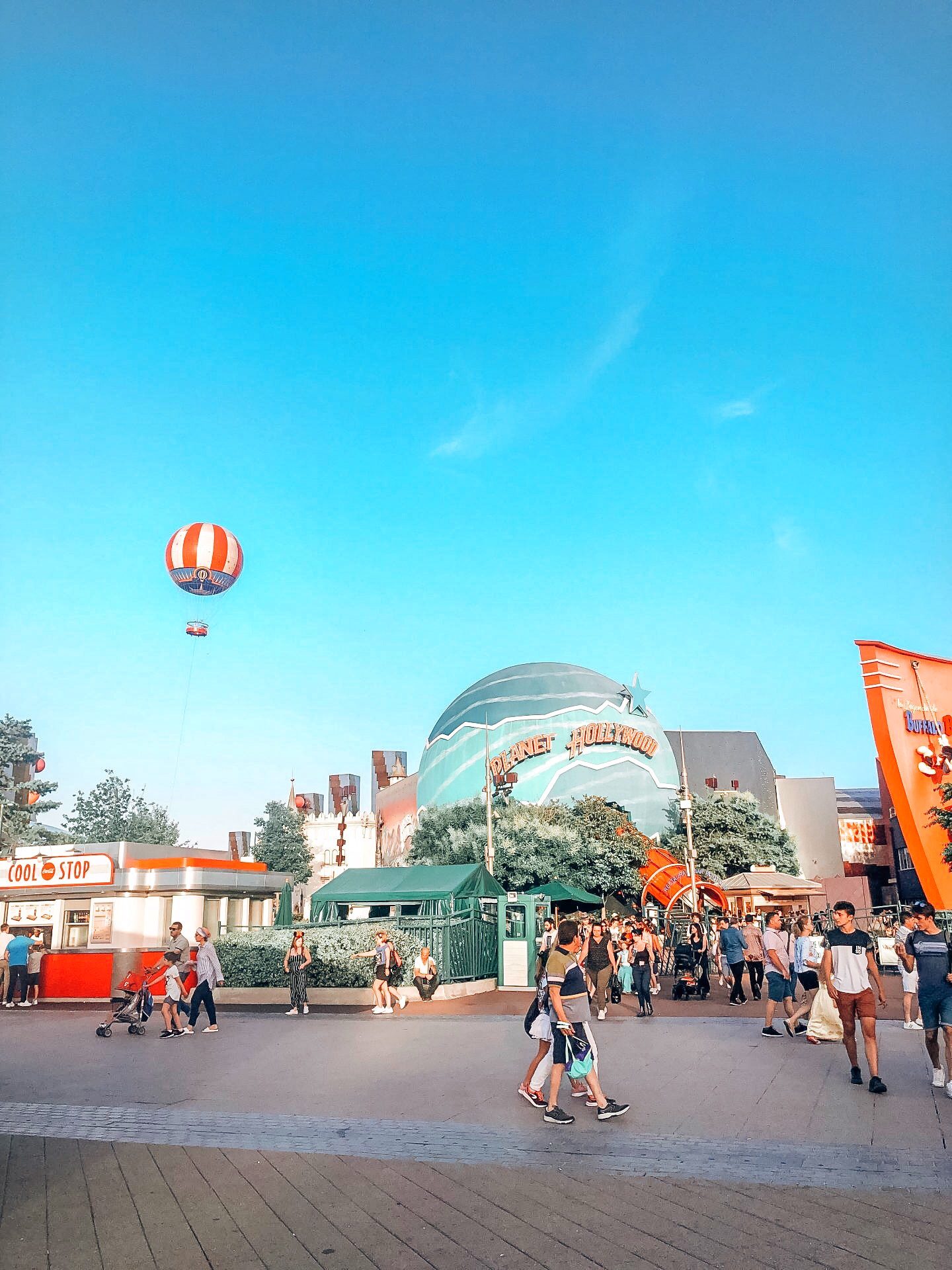 We arrived late in the afternoon and decided to head to our hotel and take a much-needed shower and nap.

There are a number of hotels and resorts surrounding the park. In fact, when you walk out of the station and walk towards your left, you will see a small bus terminus. Each bus stop takes you to a different hotel and there are buses continuously picking people up.

We stayed at this resort called Villages Nature. Whatever you do, do NOT stay there! It is located way outside of Disney (25 min. bus ride) and, as you can probably tell from the name, it is located amongst nature.

To be more exact, it is located in a swamp and swamp attract mosquitoes. To make matters worse, there was no AC in our apartment & no screens on the windows! So all of us had to sleep in this miserable heat with windows open and have mosquitoes bite us all night long.

We didn’t have enough towels for all of us and when we went to ask for more, they were very resistant to give us towels. In the end they did but it took some time. There is a food market where you can buy snacks, water etc but it closes ridiculously early.

There was only one restaurant open, Vapiano’s when we got there – everything else closes at 8PM. We had no choice but to have dinner there and the waiting time was 45 minutes. It was packed with people coming back from a day at the park and they messed up our order.

This is my first time staying at a Disney resort/hotel so I don’t really have experience. Is it normal for restaurants to close this early? Let me know about your experience below!

In a nutshell, stay away from this resort!

Getting into the park:

The next day, we woke up, got on the bus, dropped our luggage off in the train station and made our way towards the park! We had guest passes so we didn’t have to pay for the entry but we did pay €160 for two people for the fast pass. It is a bit of a hefty amount, but trust me, it’s worth it! 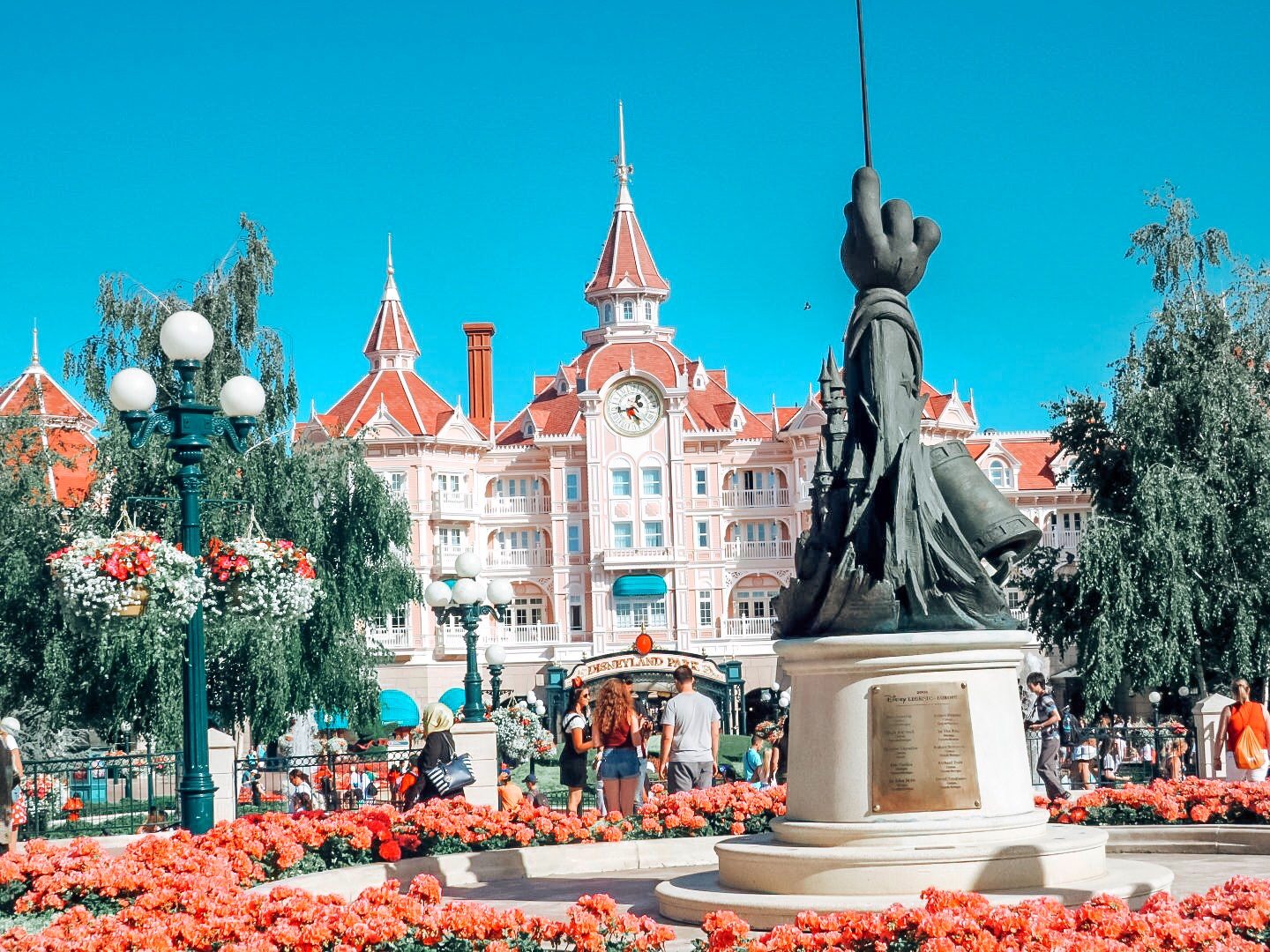 As soon as we walked in the park, I saw a souvenir shop that sold Minnie Ears and of course, I had to get me a pair! They cost €15 which I thought wasn’t bad at all. The next day I saw they had Little Mermaid ears on Facebook and I was so, still am, bummed that I didn’t get some! Oh well .. that means I have to go back now! 😁

As you might already know, Disney is divided into several different parts, all having their own theme. We stopped at Frontierland. As you can see from the pictures, it’s themed to the American Wild West of the 19th century. 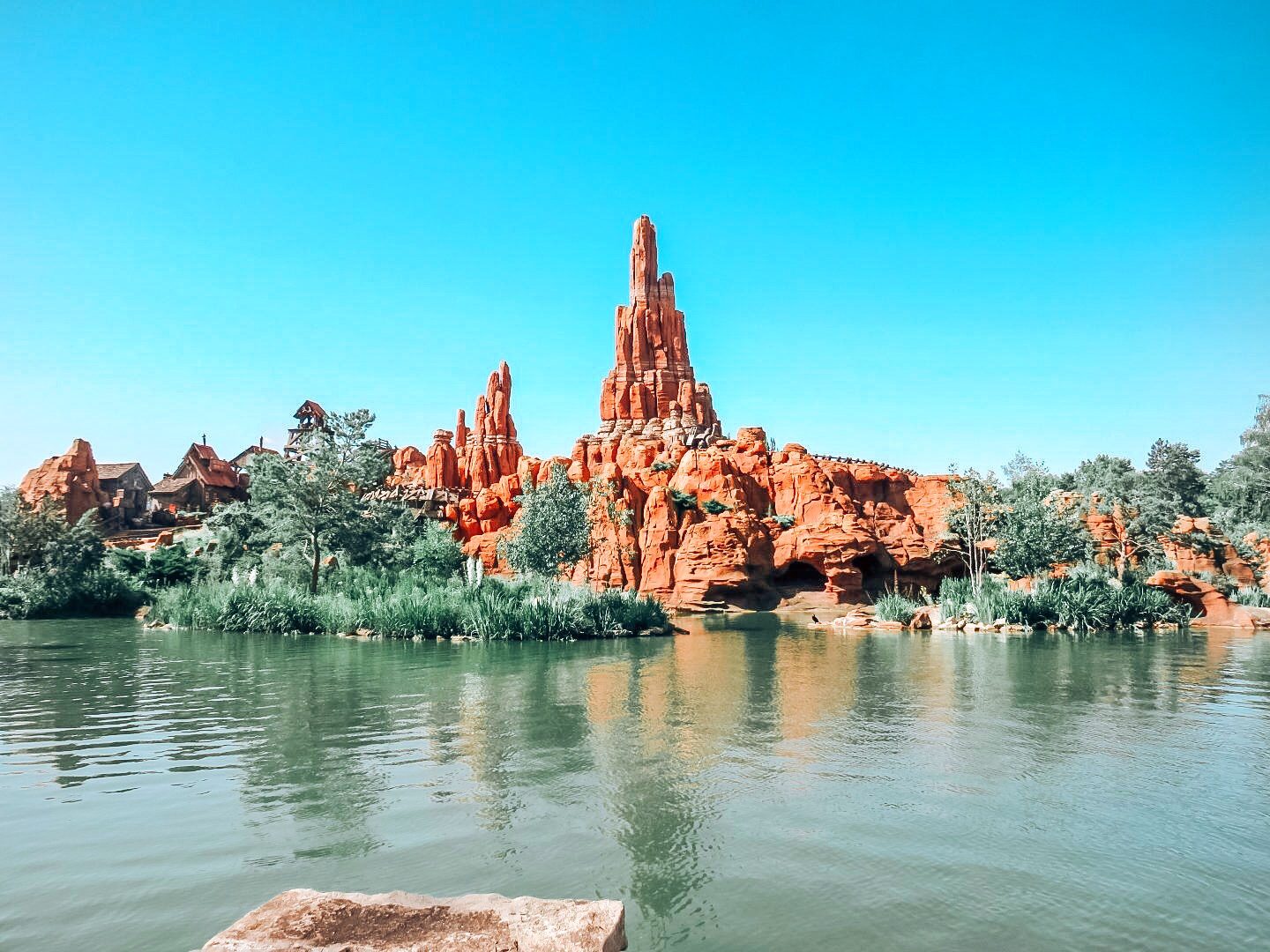 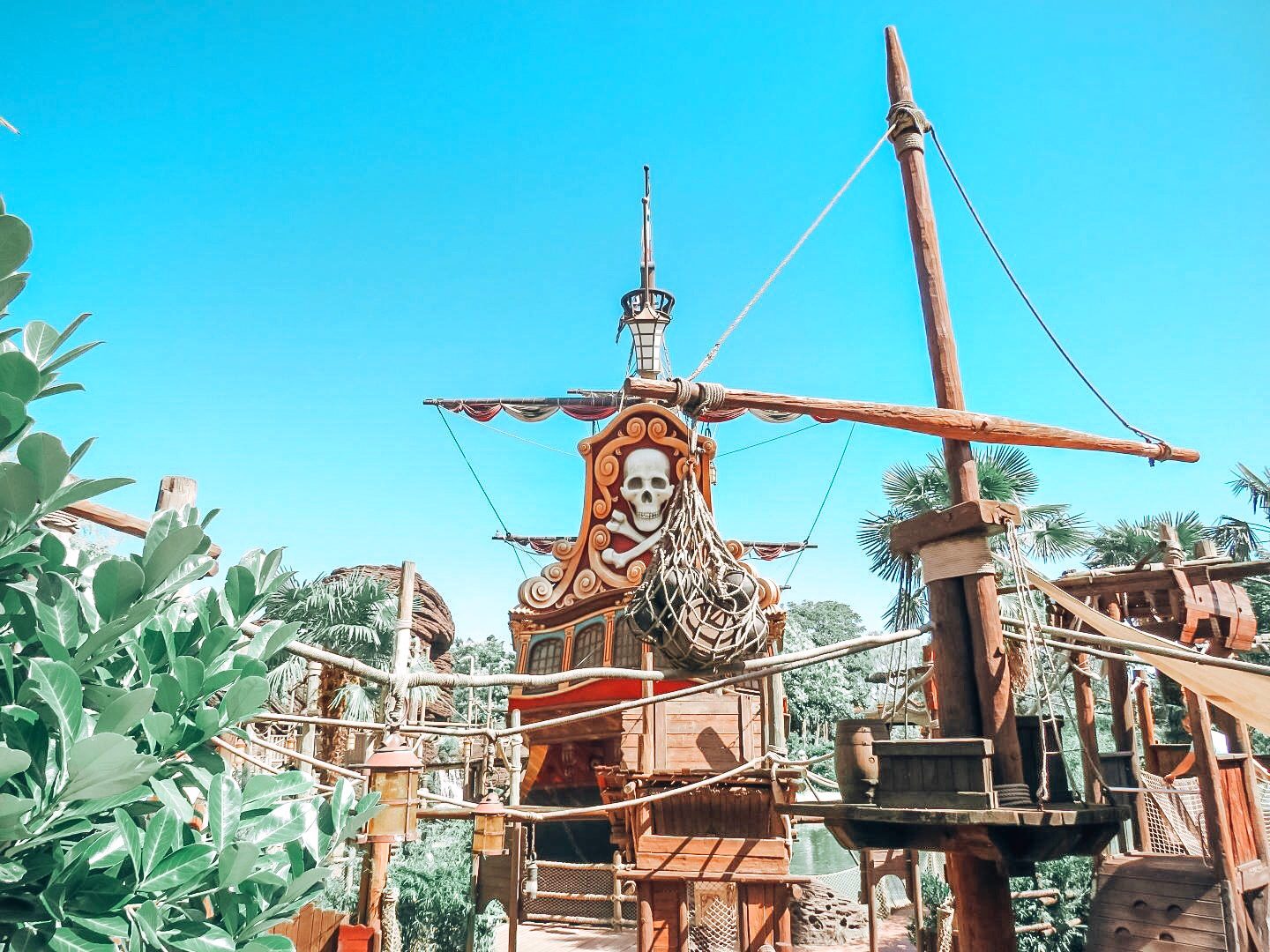 Our first ride was Big Thunder Mountain: the Wildest Ride in the West. They’re not joking when they say it’s the wildest ride! Click here for a video. It was scary but fun at the same time!

At the end of each ride, you are able to purchase photos taken of you. I had my head in Luis’s arms in the photo haha!

The rest of the group went on another ride. I don’t remember the name exactly but it was in Frontierland and it has a loop which means it goes upside down. They tried to trick me to get on it but I saw the loop and was like .. nope! 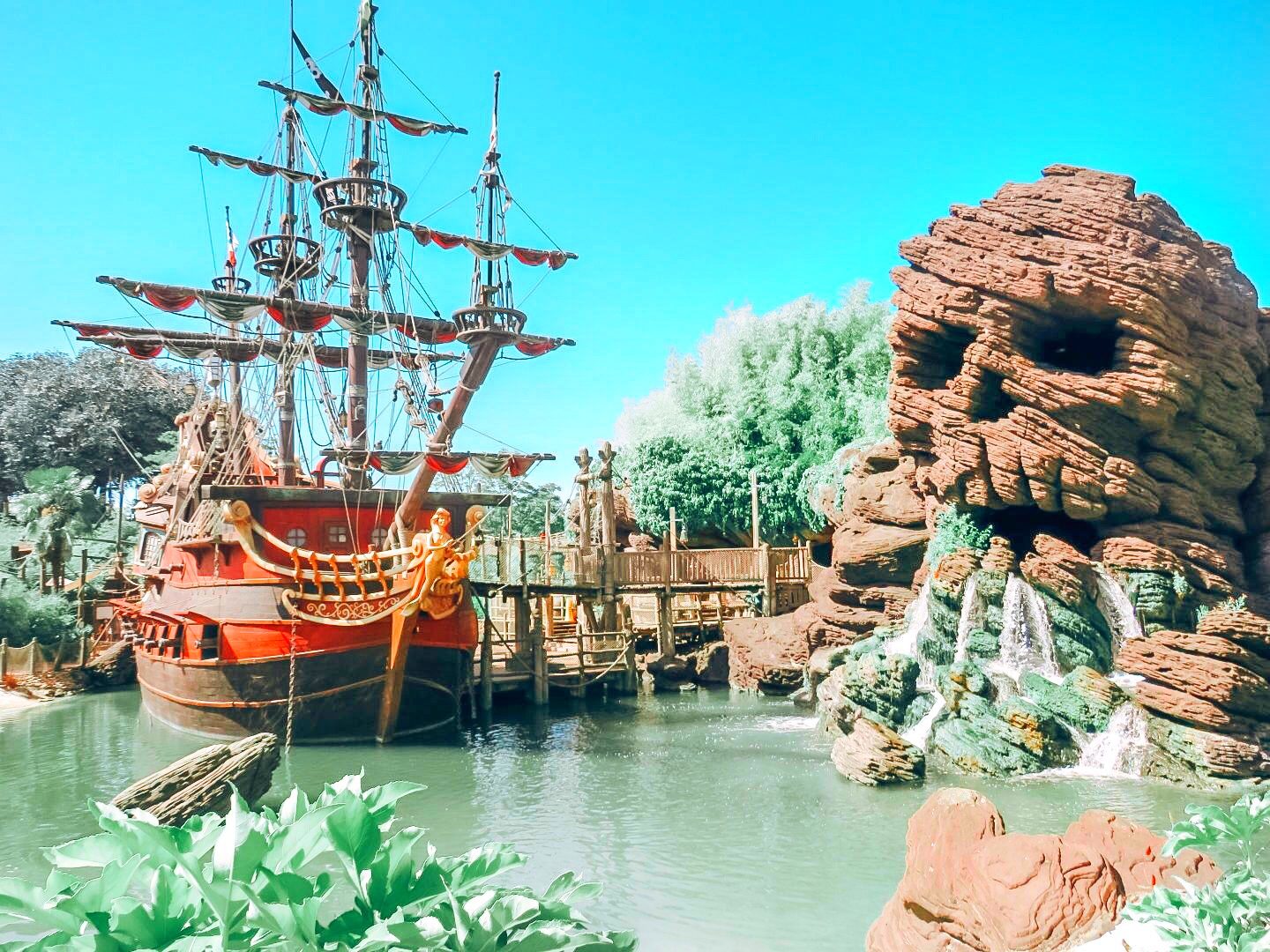 By the time we got done with the rides and walking around, it was lunchtime. Restaurants don’t open there before 12 PM. We walked over to Alice in Wonderland & found a restaurant but it wasn’t going to open for another 20 minutes so we walked around Alice’s Curious Labyrinth.

This is not a ride. You just literally walk in and walk around. After all that adrenaline rush from the first ride, this is the kind of ‘ride’ I needed!

What really struck me at Disney is the insane attention to detail to everything. 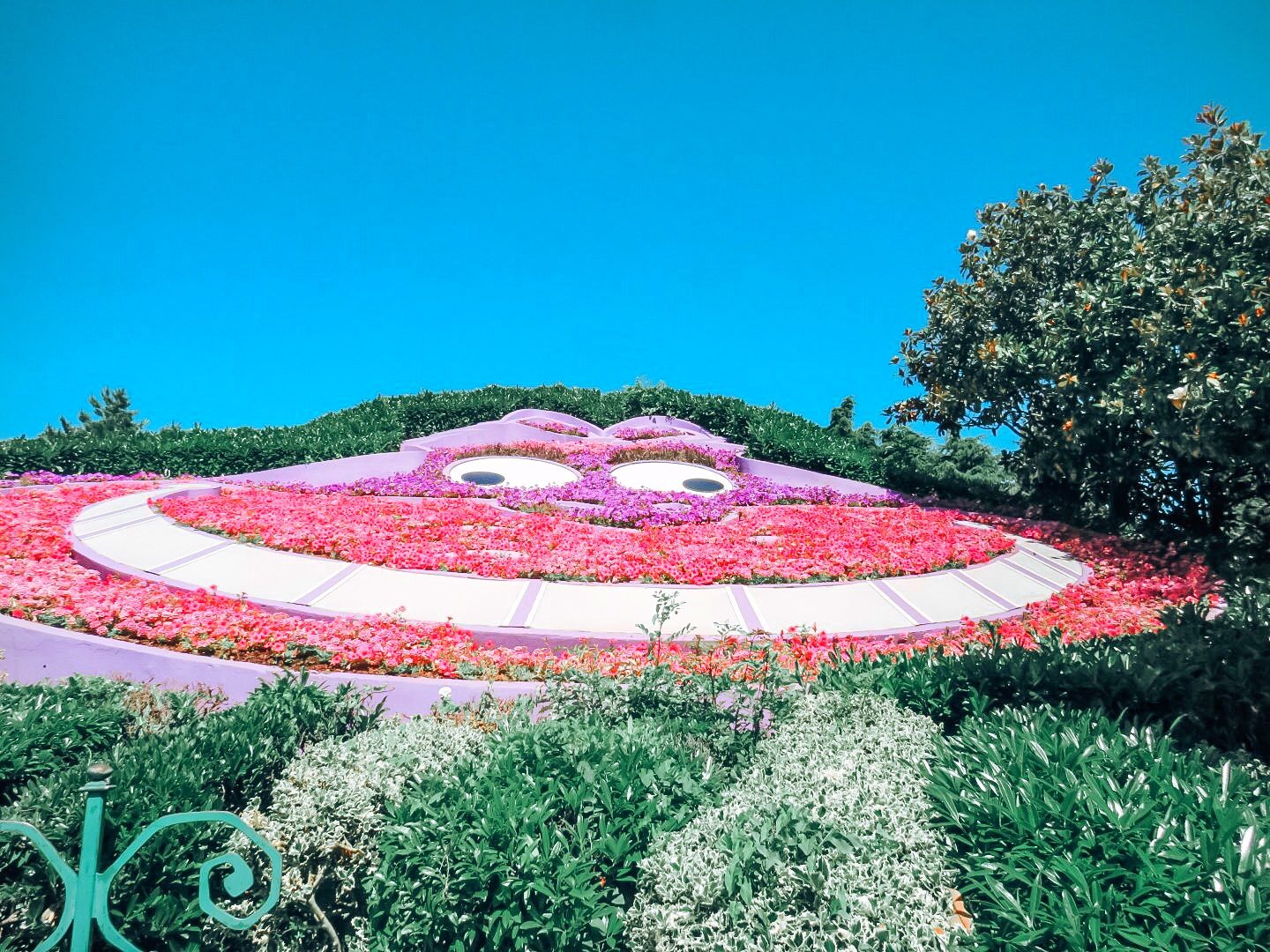 After walking around the Labyrinth, we went to the Toad Hall, which was right next to it, for some lunch!

We were the first people there and thank God we were because as soon as we sat down to eat our food, tons of people came in and there was a queue outside the restaurant! So my tip is, try to be at the restaurants when they open.

Our next ride was Peter Pan’s Flight. This ride is perfect for kids! There’s nothing crazy going on here. You simply sit on a boat and takes you around Never Land. I loved it!

Now comes probably my favourite ride: Buzz Lightyear Laser Blast. Again, nothing crazy here! You just sit down and shoot at targets. The more you shoot, the higher the score count. It was so much fun that I wanted to go on it again! The rest of the group went on the Rock ‘n’ Rolle Coaster. I chickened out because I don’t do well with rollercoasters.

The rest of the group headed to Walt Disney Studios while me and Luis walked around the main shopping street bought some souvenirs and bought some delicious cookies. 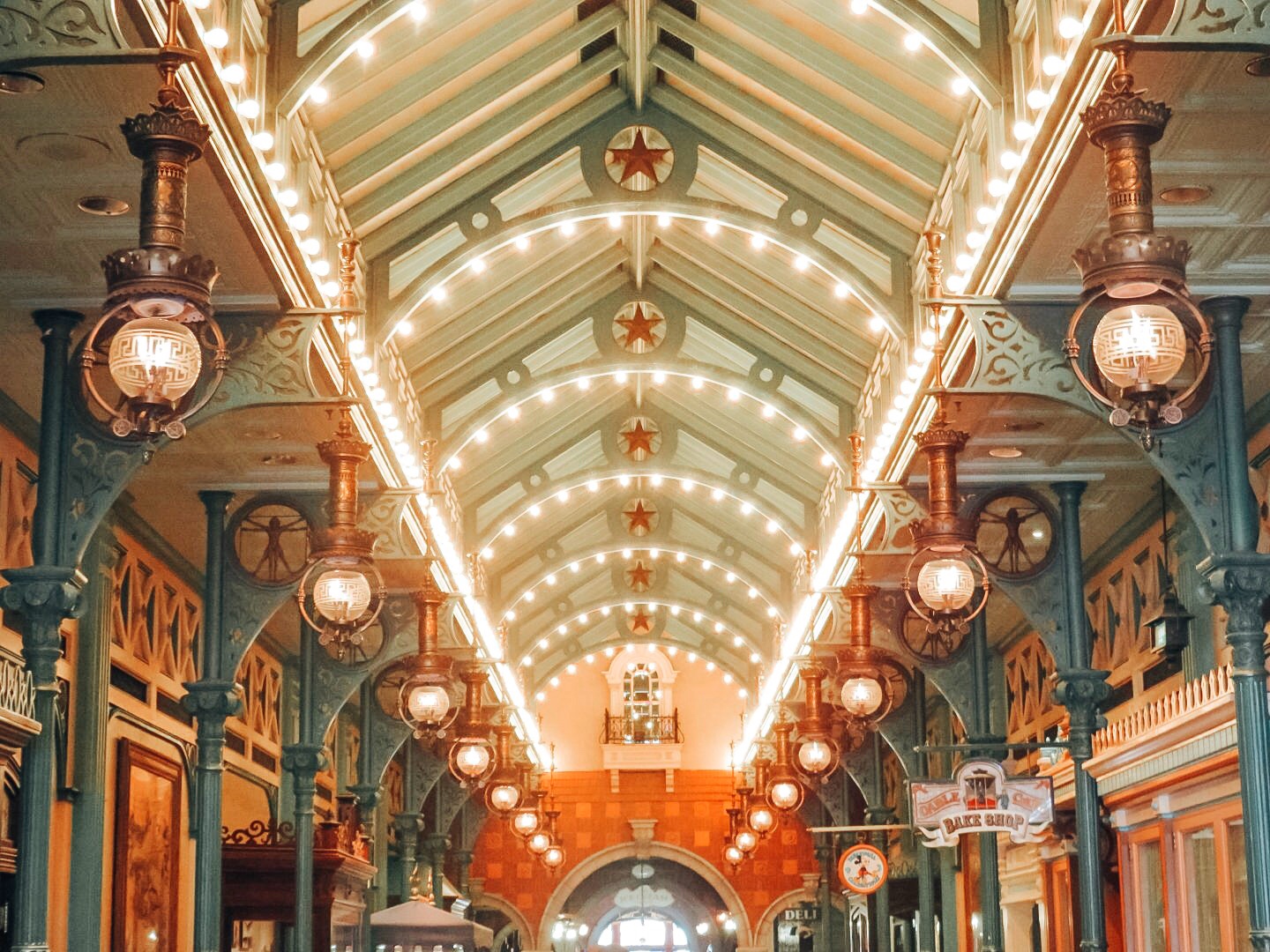 What I liked is the different themes of the shops and the amazing attention to detail. One thing I did not enjoy is the prices haha!

After stuffing my face in a delicious Nutella cookie, we made our way to Walt Disney Studios. The studios is another park but you don’t need to pay to enter. 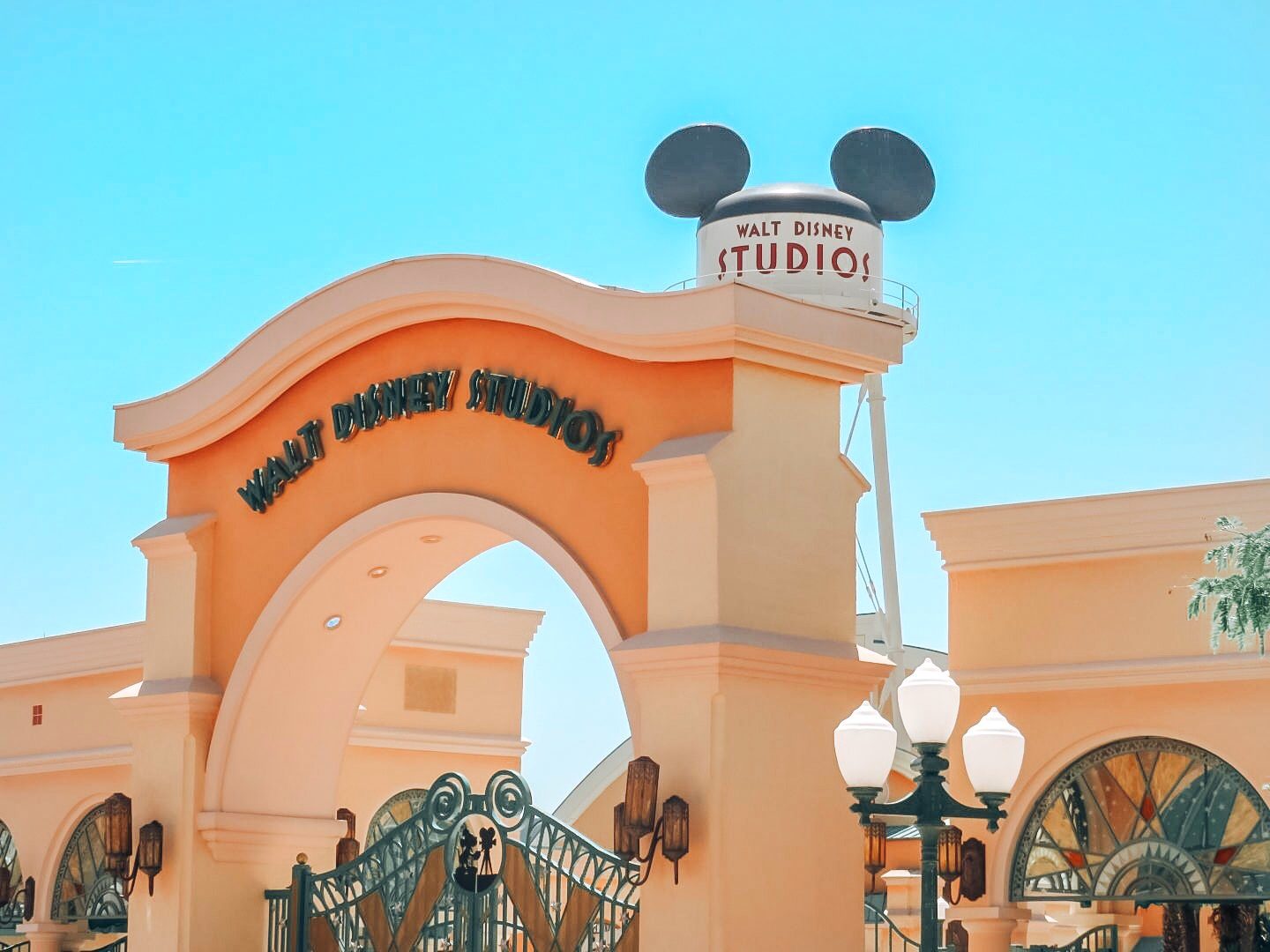 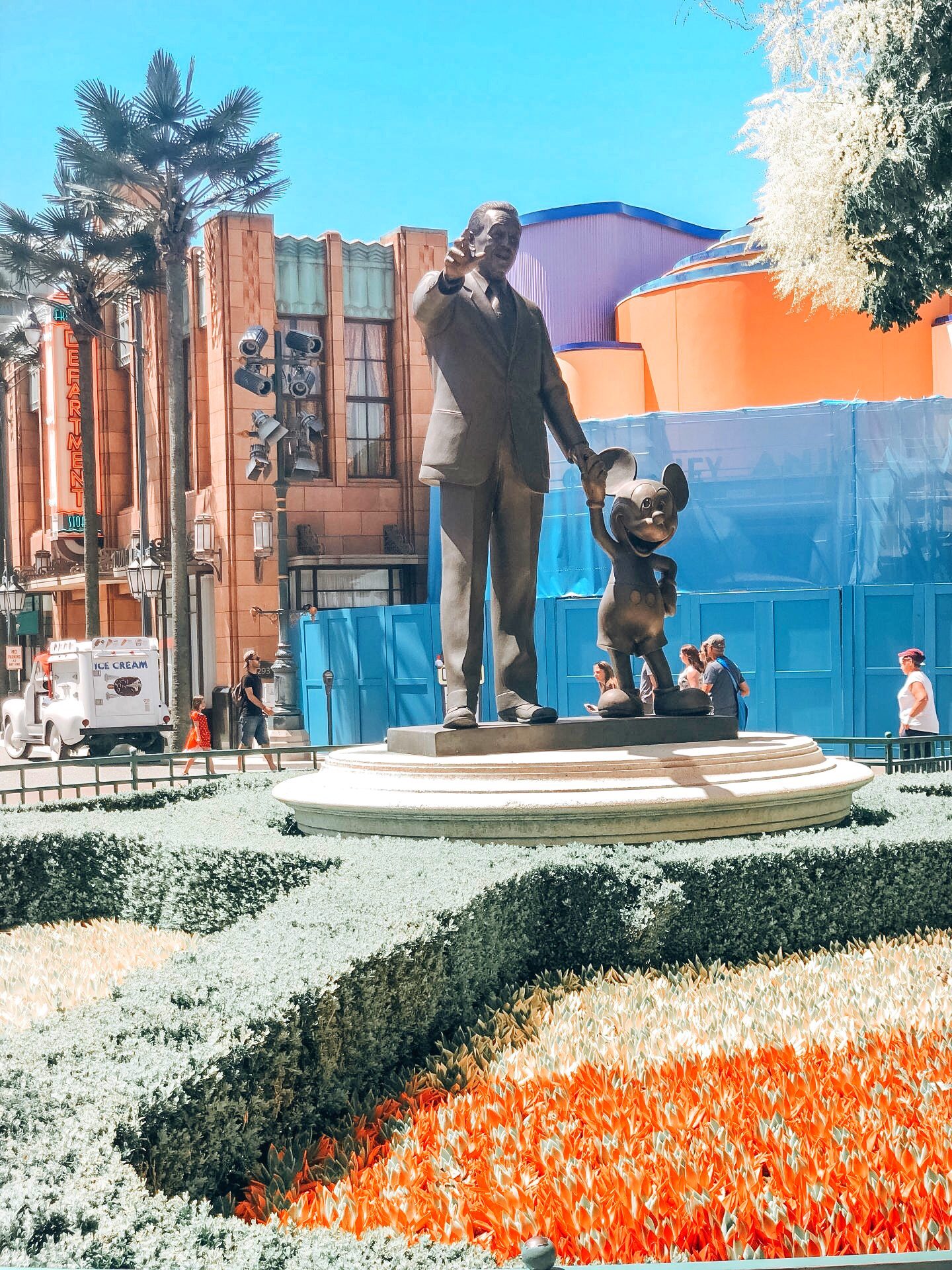 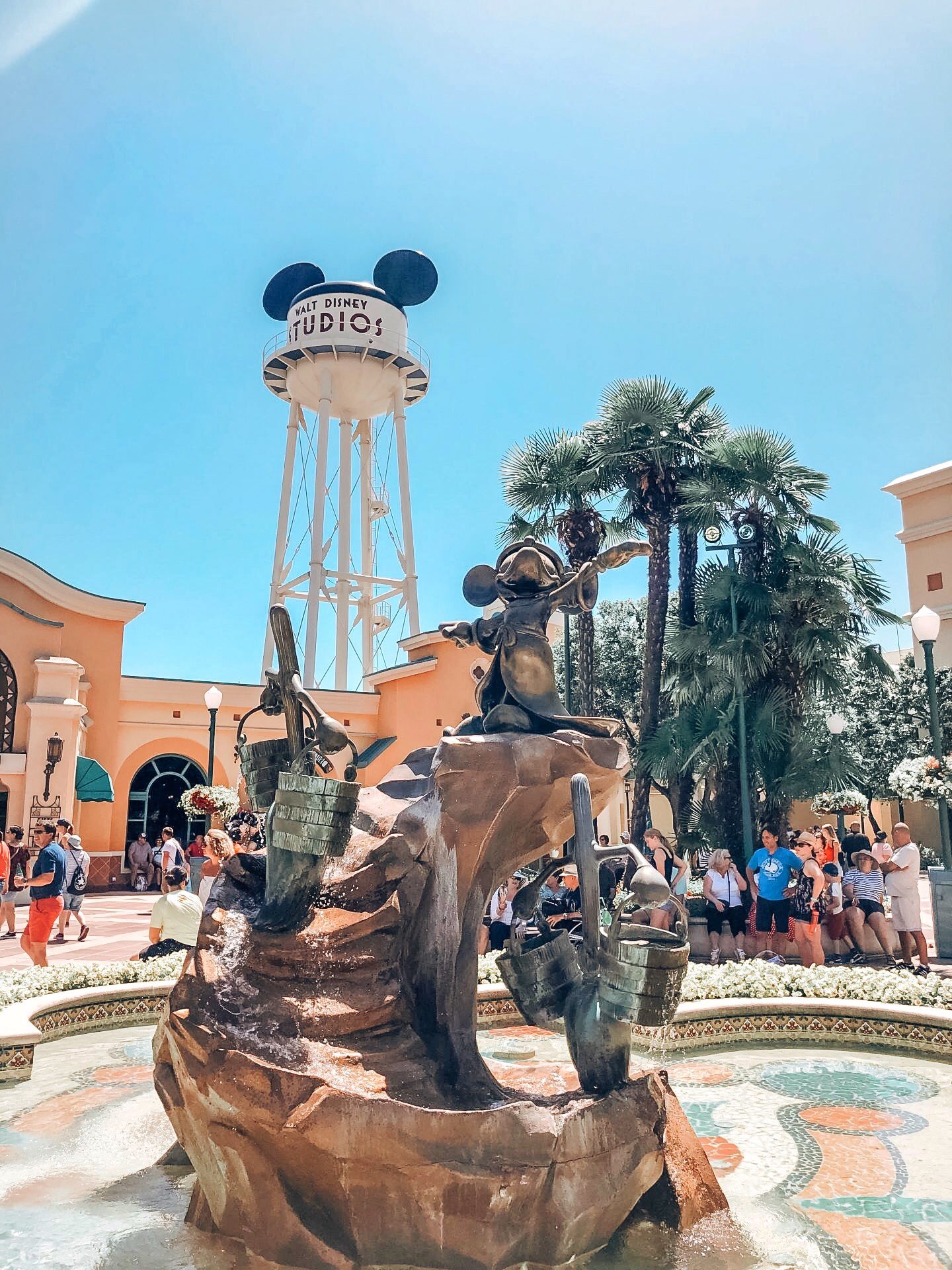 I did not know what to expect to be quite honest with you but it is like stepping into another different world than in Disney. We walked down the shopping part of the studios just to see it. We already spent a lot of money and we were trying not to spend more! 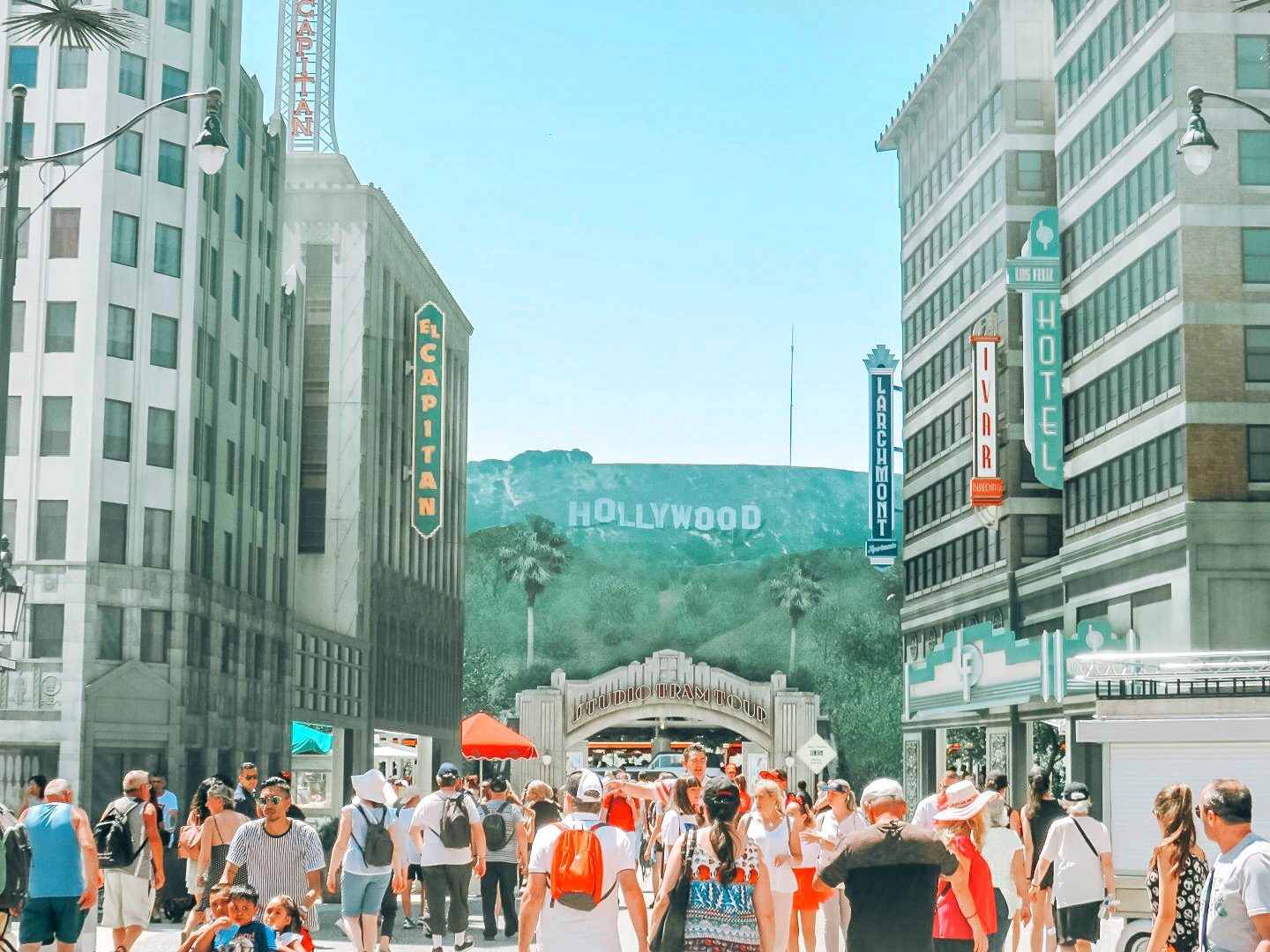 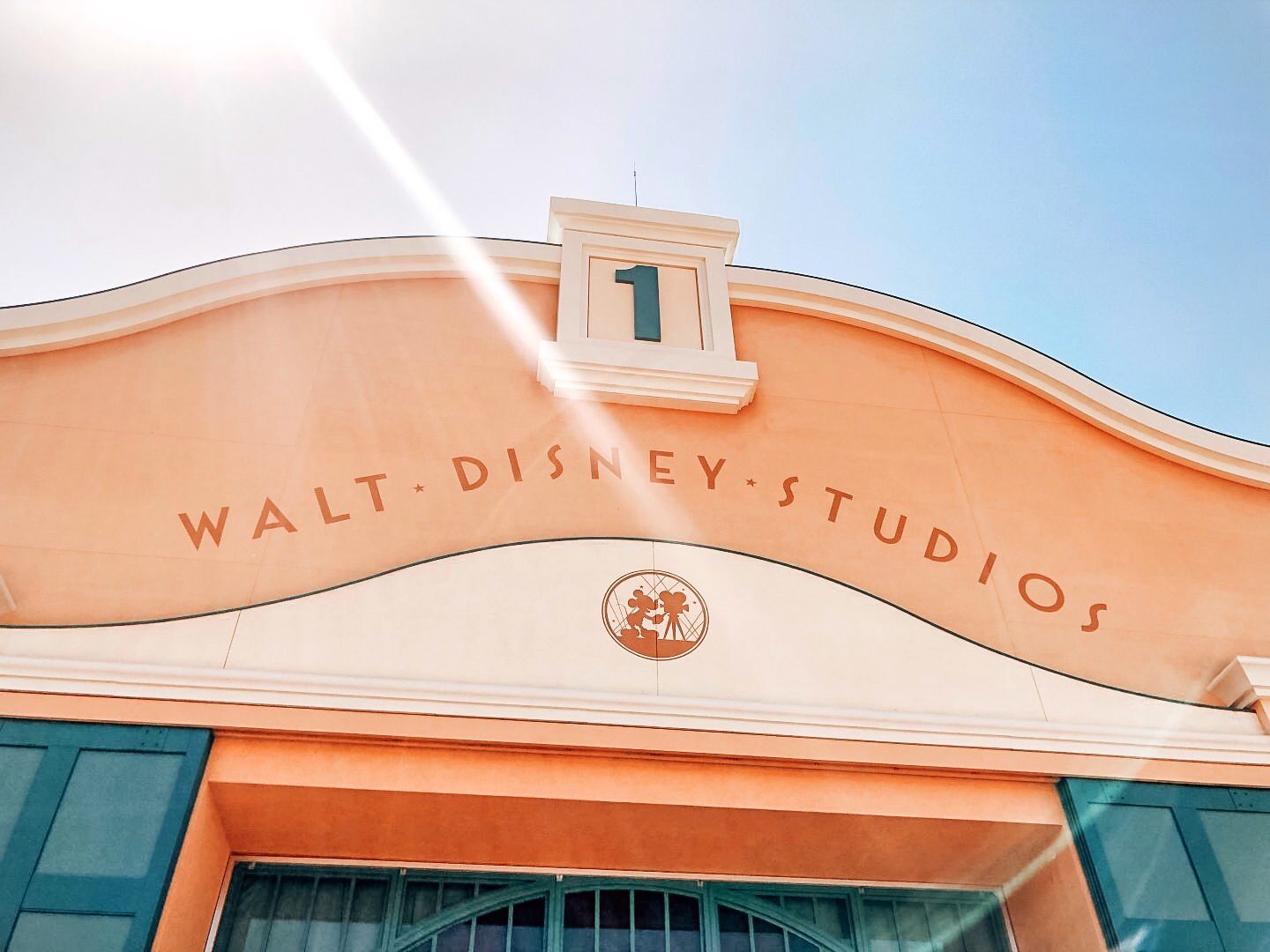 There are a number of rides in the Studios park but we only went on one .. The Tower of Terror. This is the kind of ride where you drop down all of a sudden. Somehow, Luis convinced me to go. I was super scared when I realised what kind of ride this is but at the end, it turned out to be one of my favourite ones! 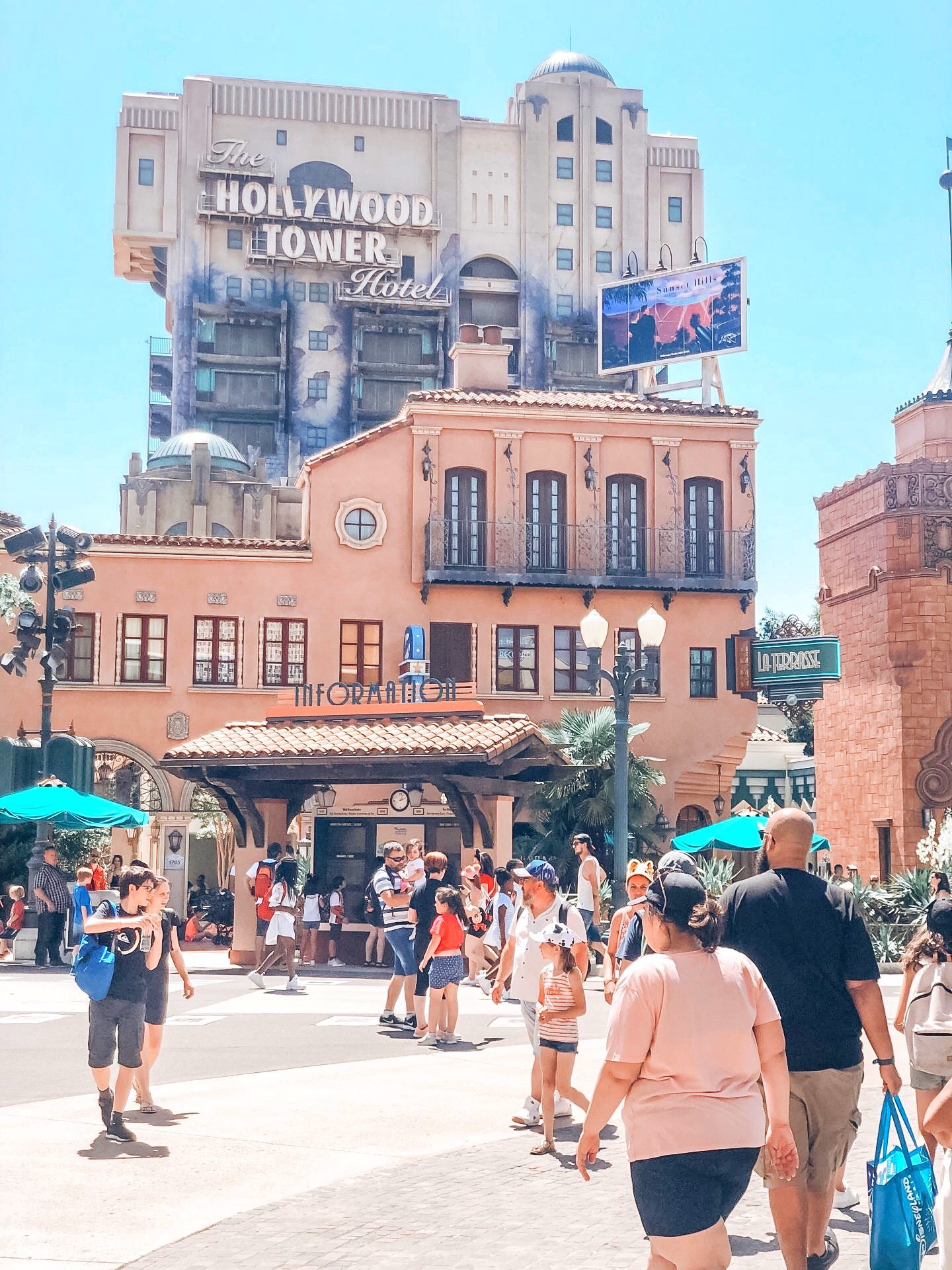 You’re first guided into a room where they show you a small film about the ride in the dark. The people who work there just stand behind you and jump on you randomly! Then, you’re guided to an elevator and as soon as the door closes, you’re shown another 3D film and them BAM! Down you go! Six or seven times in a row.

The adrenaline rush was insane but it was so so much fun! I am super glad I stepped out of my comfort zone.

After that, we just walked around more and headed towards the airport because we had a flight to catch to Rome! 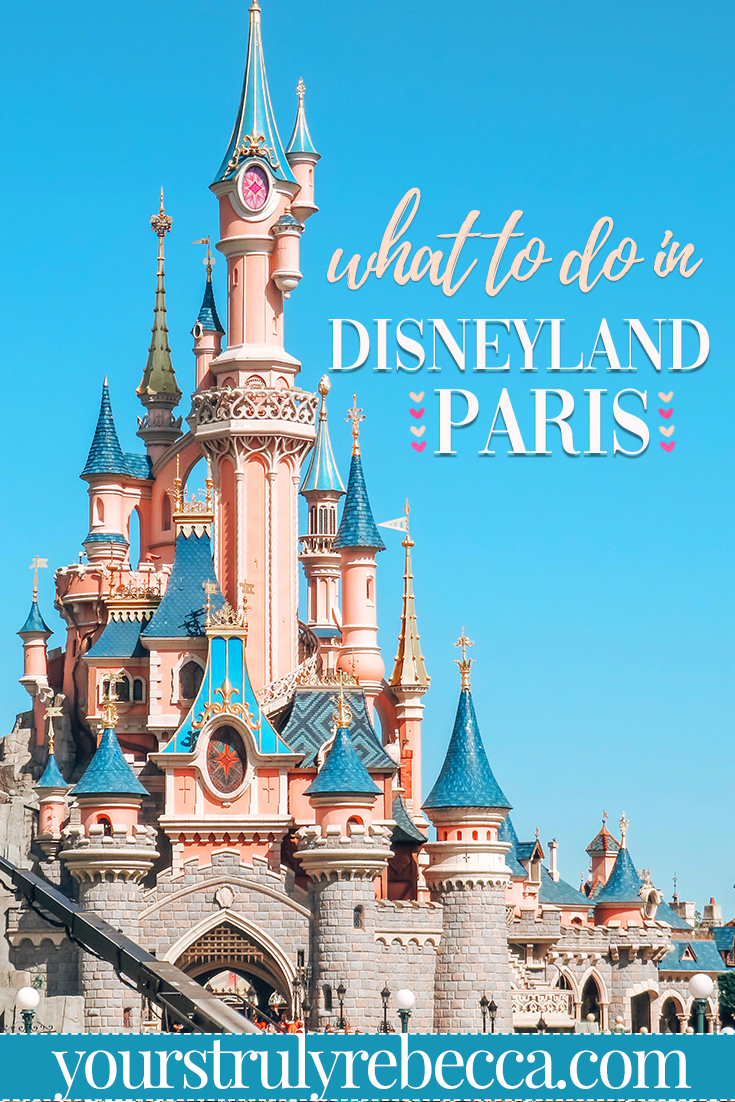 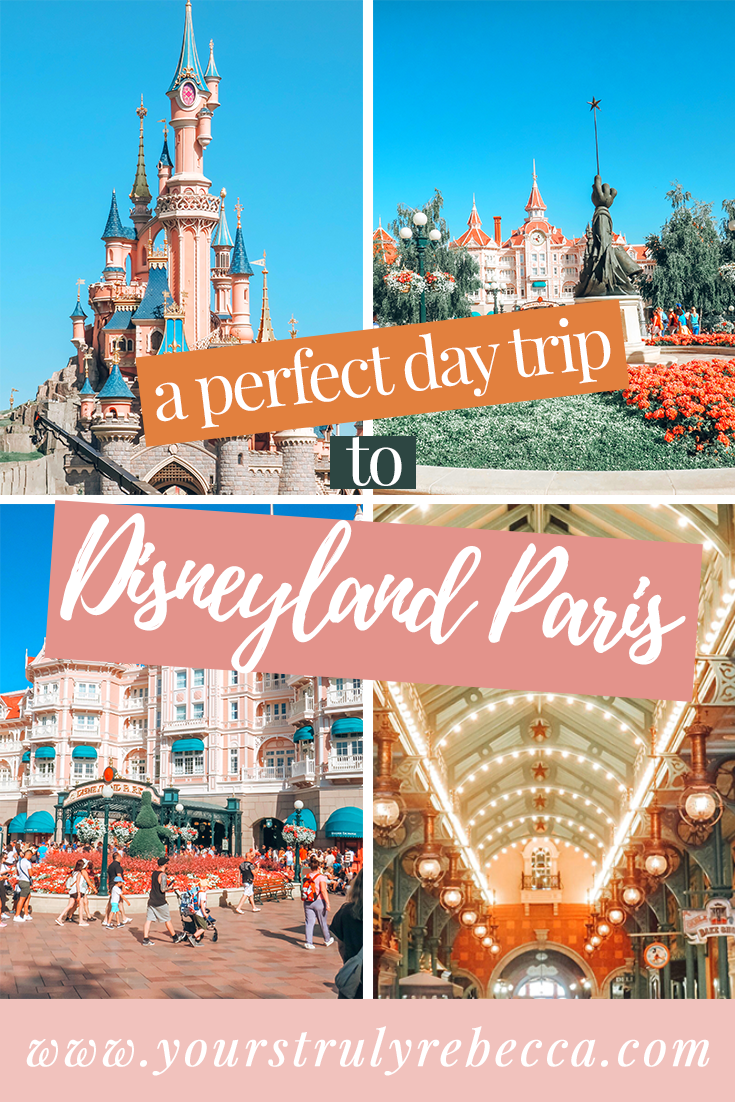 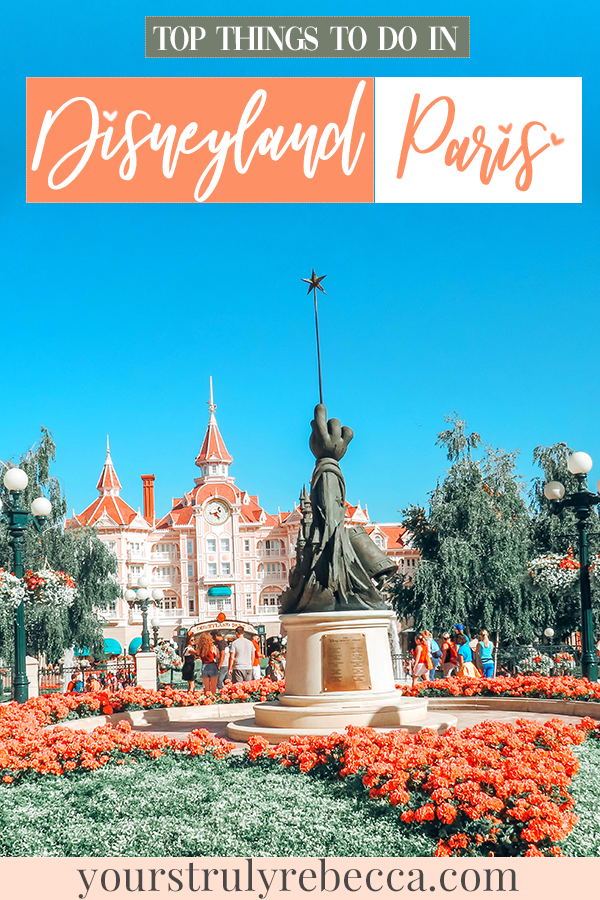 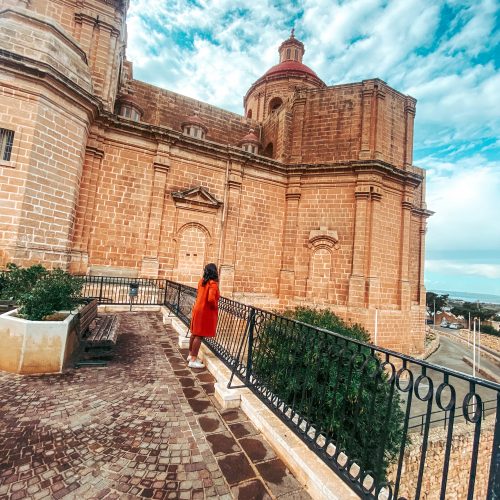 How To Feel At Home In A New Country 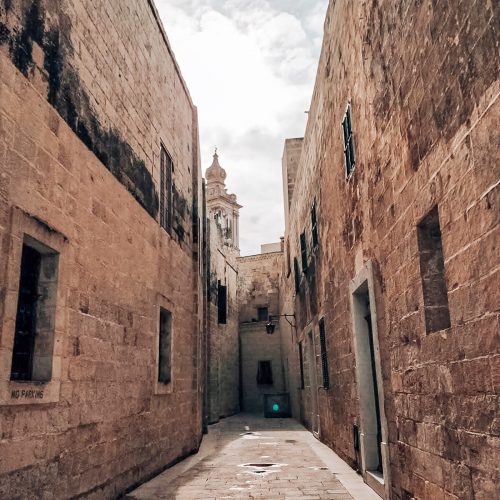 What to do in Mdina, Malta 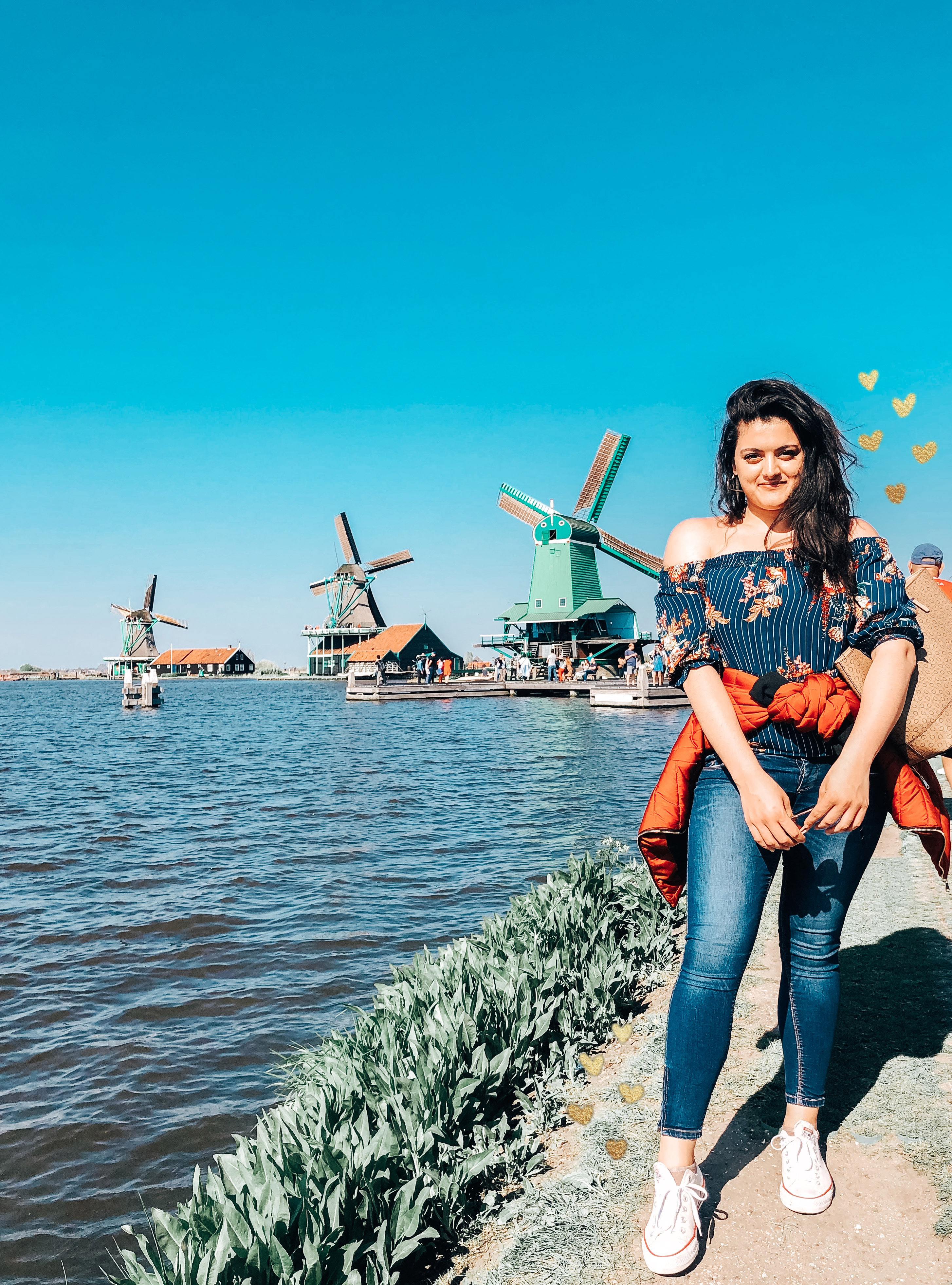