You are here: Home / Travel / What to do in Mdina, Malta

Mdina is Malta’s old capital city. This fortress dates back to hundreds of years ago, being altered by the many empires that conquered over Malta. Also known as the Silent City, Mdina is truly enchanting and not to miss when in Malta!

Welcome to the final post of my Malta miniseries! In my Blue Grotto and Valletta posts, I talked about how  I am going to be writing about my recent trip to Malta in separate posts. I decided to close this series with one of my favourite places: Mdina.

Mdina is a UNESCO Wolrd Heritage City. During the day, tourists flock to the city. You can hear tour guides shouting information about the city to their groups and the sounds of horse carriages. However,  at night there is dead silence. That is when the city lives up to its reputation as the Silent City. It gets so quiet and dark that one can go on ghost tours and hunt for ghosts!

Fun fact: according to a local legend, a Knight dressed in Black Armour haunts the streets of Mdina at night. A number of people say they hear the sound of horse hooves echoing throughout the city and some also said they actually saw the Knight riding the horse!

I was actually walking around Mdina one time with a friend of mine and heard the sound of a horse galloping. Needless to say, me and her ran to our car!

If you’re a Game of Thrones fan, you might recognize that the Baroque Style Main Gate made an appearance in HBO’s Game of Thrones. Here, Ned Stark and Catelyn said their goodbyes before she had to leave Kings Landing. Another location is the quiet and often overlooked Mesquita Square. Any GoT nerd will immediately tell you that fighting scene between Jaime Lannister and Ned Stark happened here! 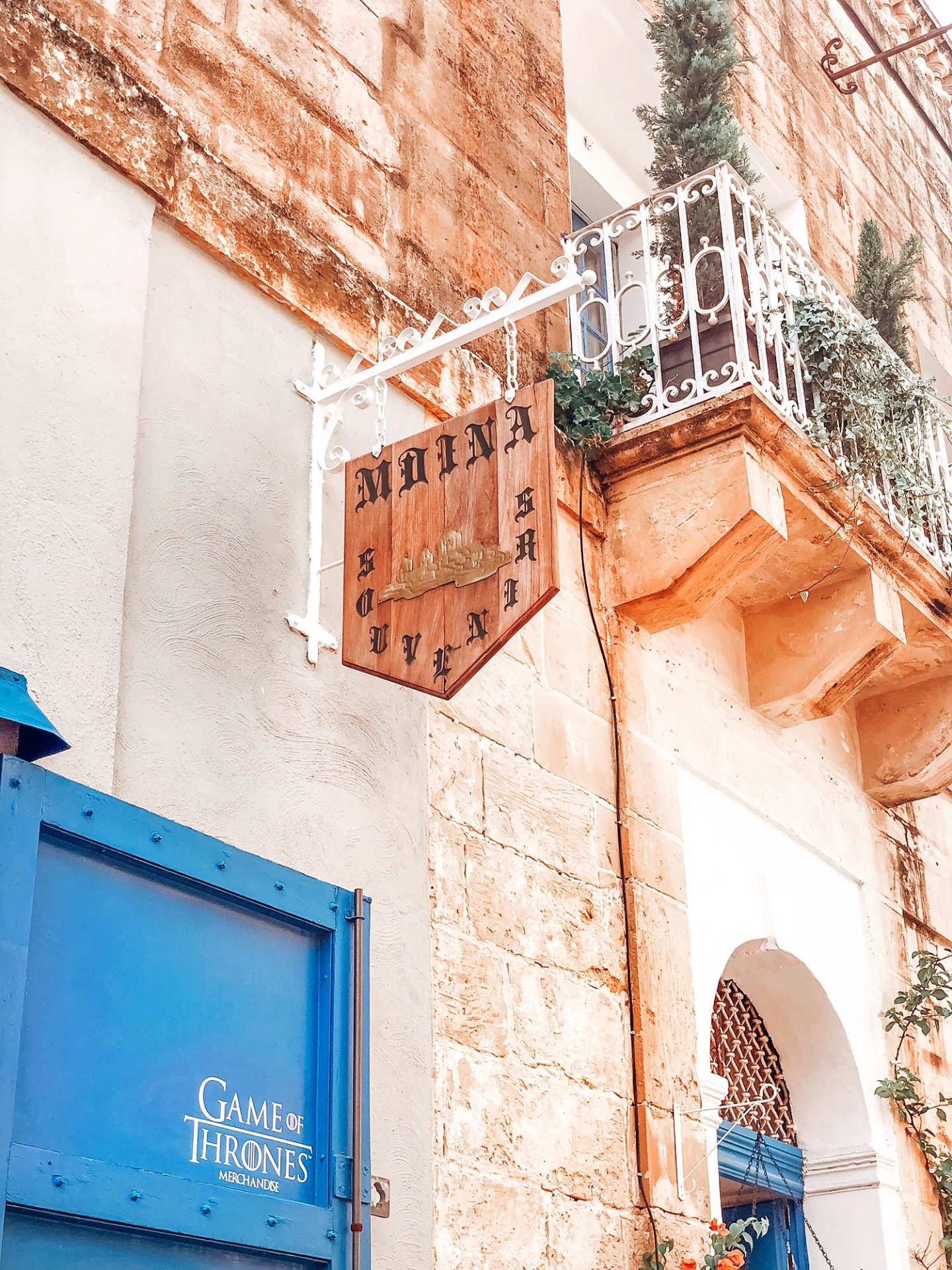 As soon as you enter the main gate on your left you’ll see the Museum of Natural History. The Museum was once a castle built by Grandmaster Antonio Vilhena. 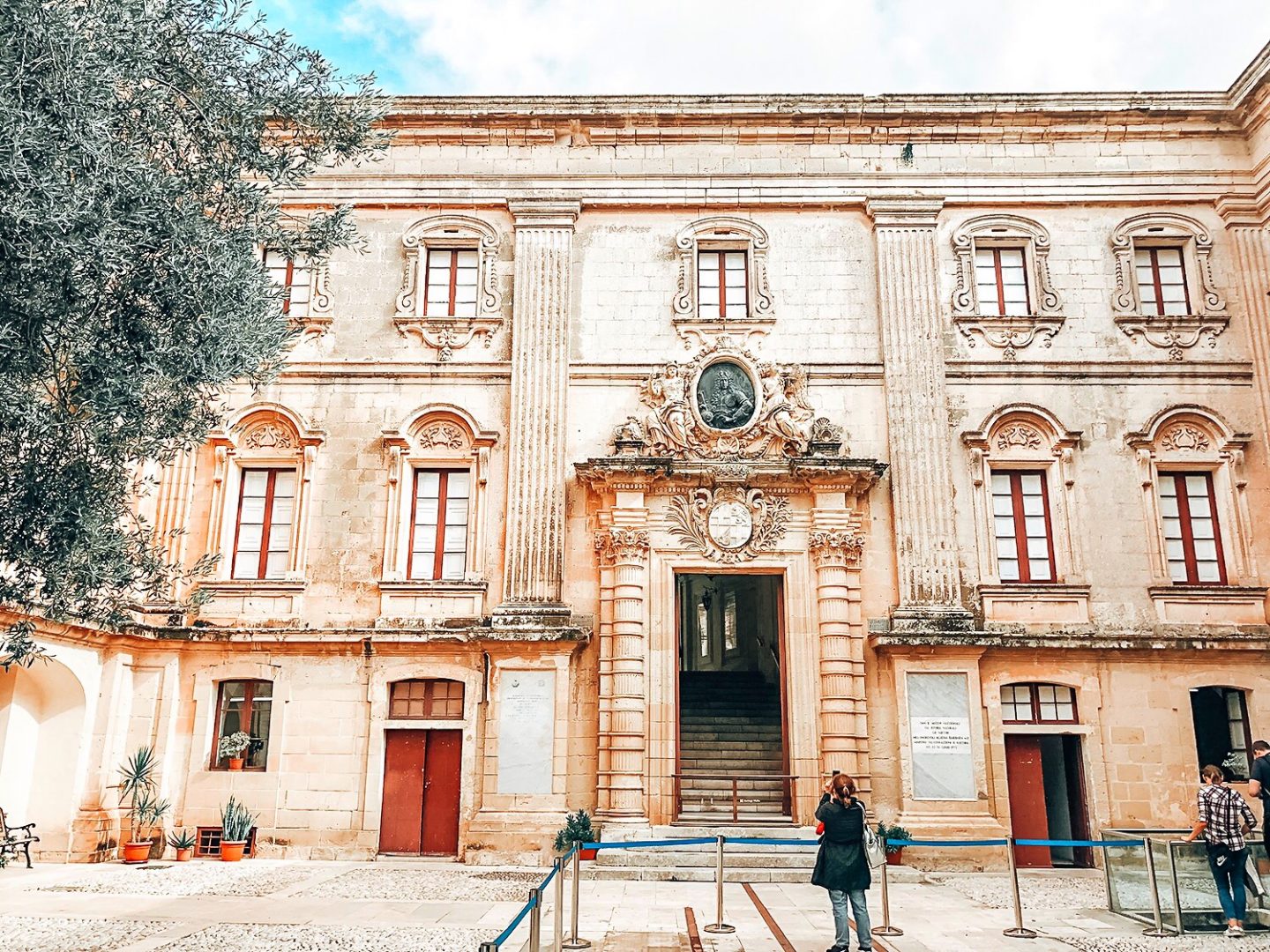 Malta was ruled by the Knights of St John for over two centuries. There are a number of landmarks all over the island built by the Knights. There’s the Hompesch Gate in Fgura and perhaps the biggest landmark is Valletta, our capital city. It was built by Grandmaster La Vallette who died before the city was finished being built.

Exactly opposite the Museum, you can find a store called Mdina Glass. They sell handmade glass products ranging from clocks to vases and Christmas decorations. This brings me to tip #1: if you’re not into traditional souvenirs such as magnets, postcards etc and want to take a piece of Malta with you, I suggest you go to Mdina Glass and buy a souvenir from there.

Mdina Glass is Malta’s first glass factory! Every product sold is handmade. There is a traditional line of products that you can buy such as vases but there are also modern, colourful items. There’s something for everyone at Mdina Glass. You can also order products online from here!

The narrow streets of Mdina are perhaps one of my favourite characteristics. You are immediately transported back to a time where women wore big dresses and Knights riding around on horses. Cars are not allowed in the city (except for residents). It’s nice to be able to walk around and not hear cars honking or inhale fumes. You can observe the old houses and the cobbled streets and let your imagination run wild. 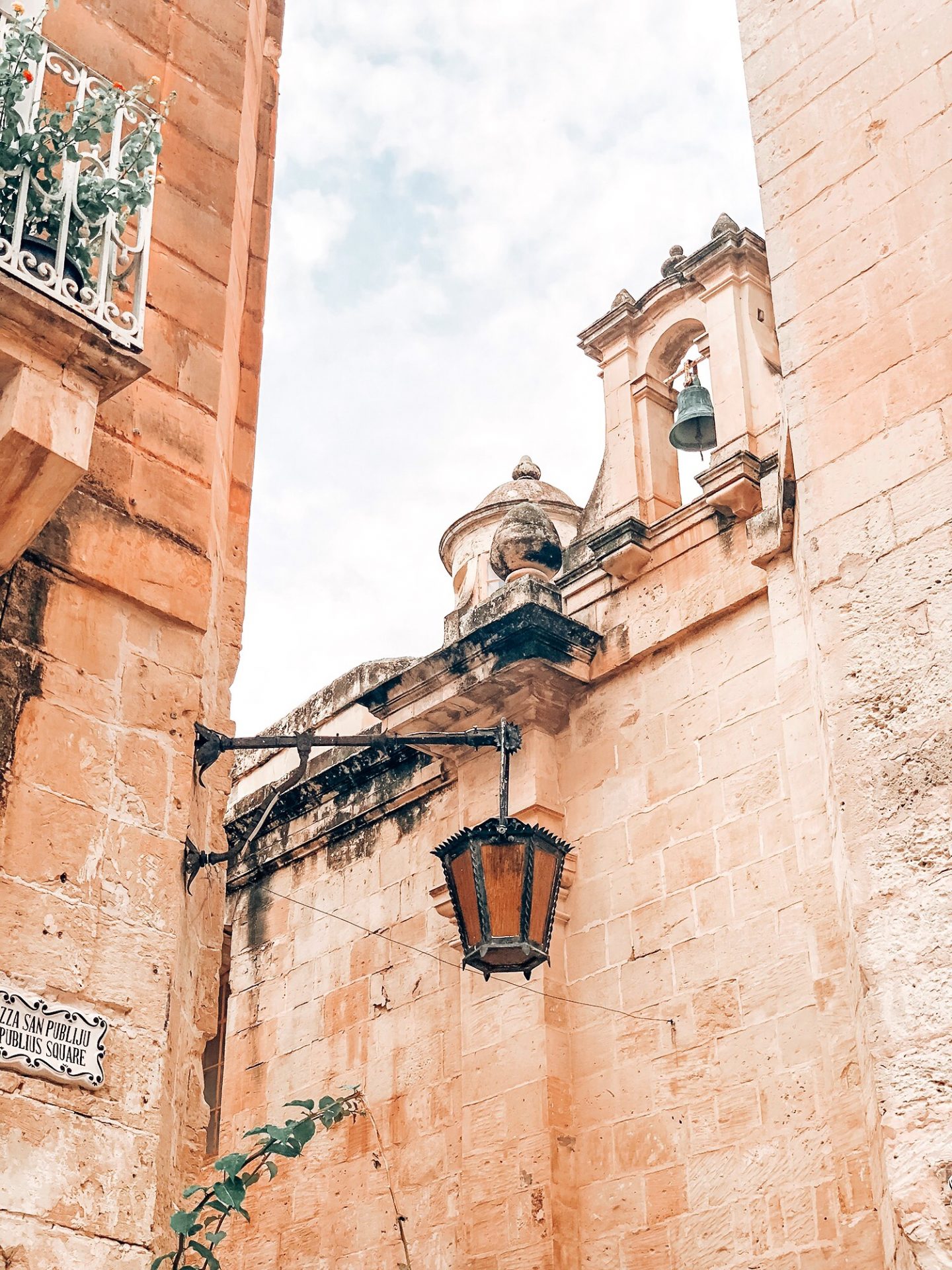 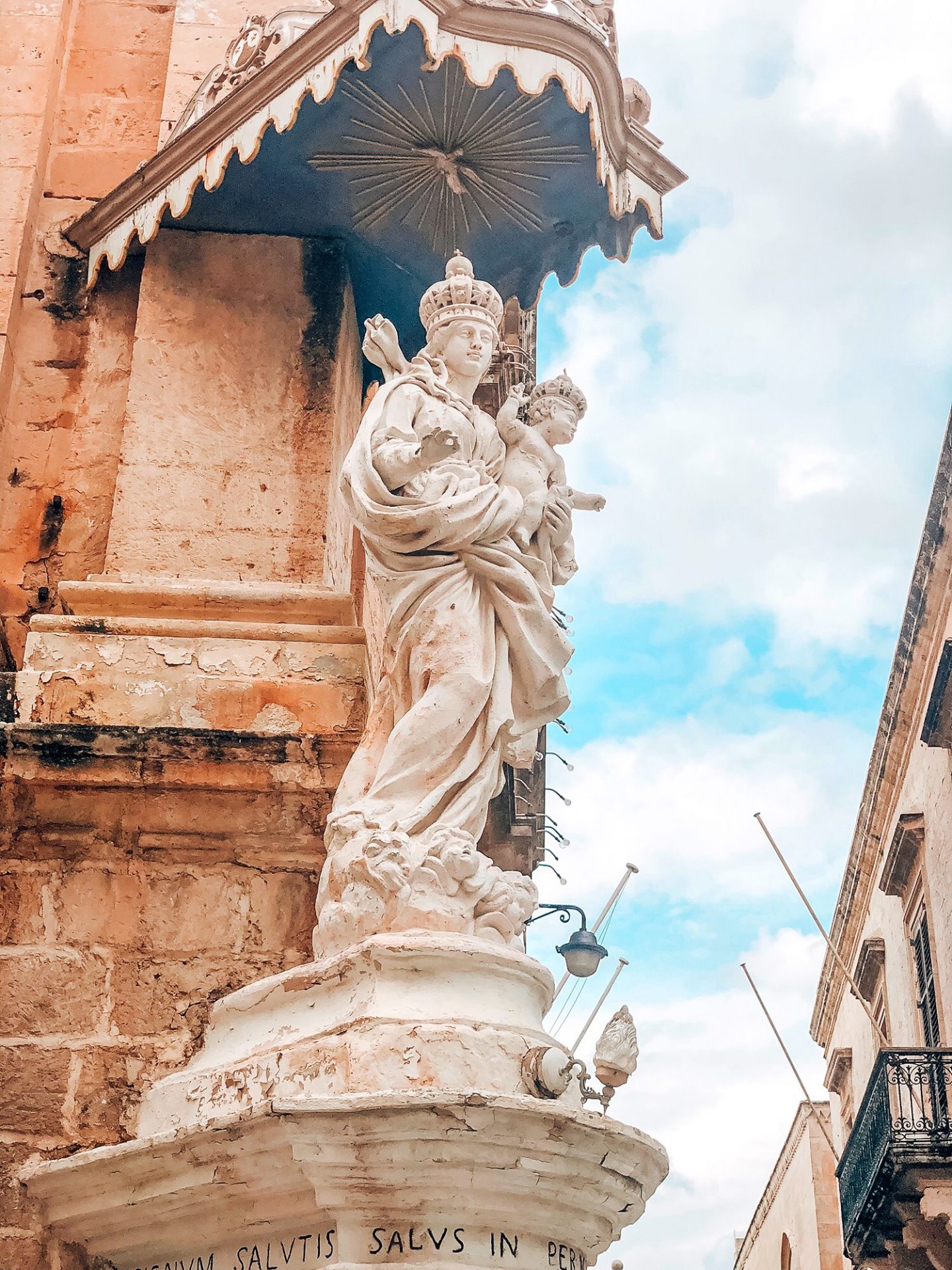 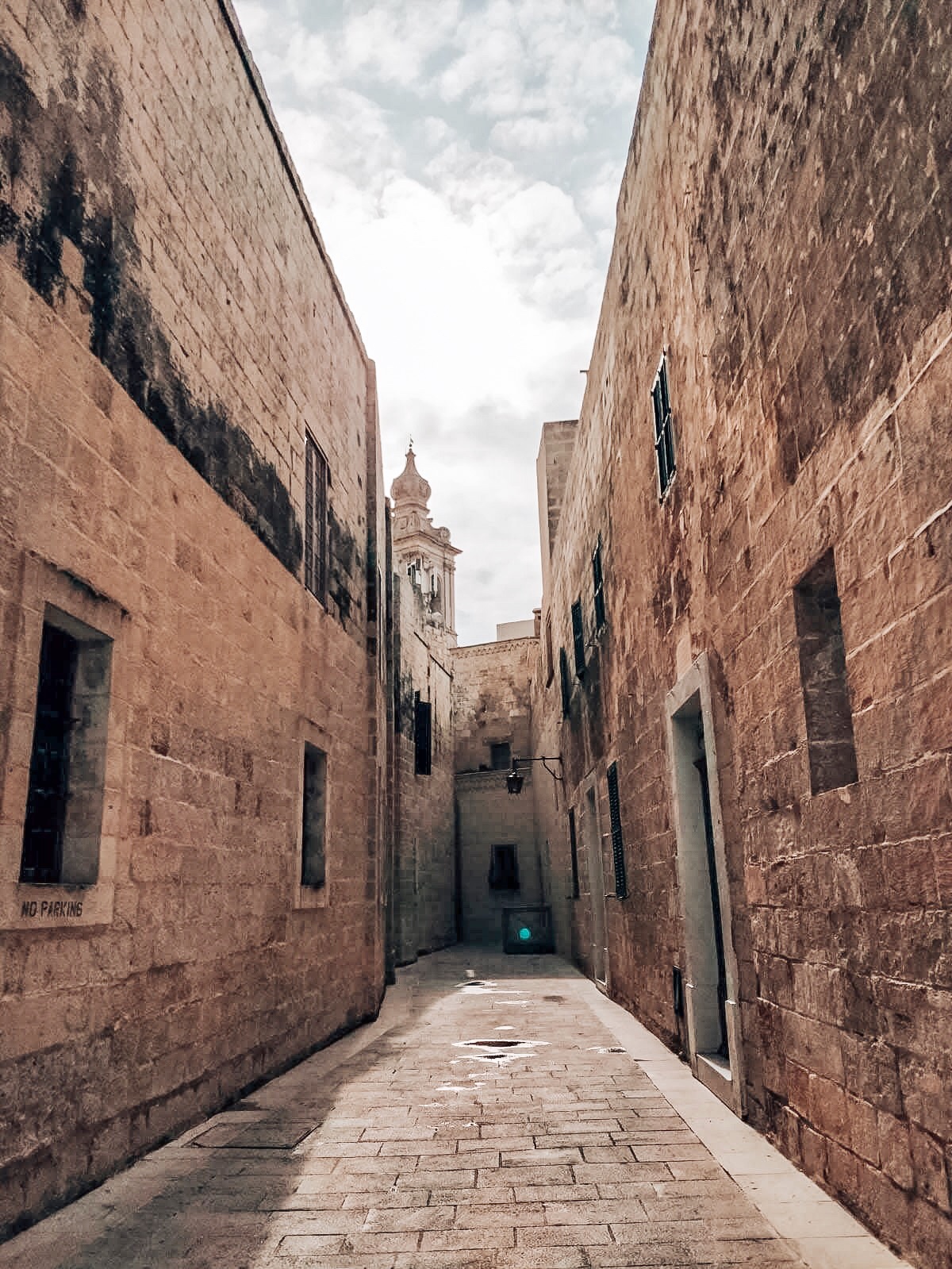 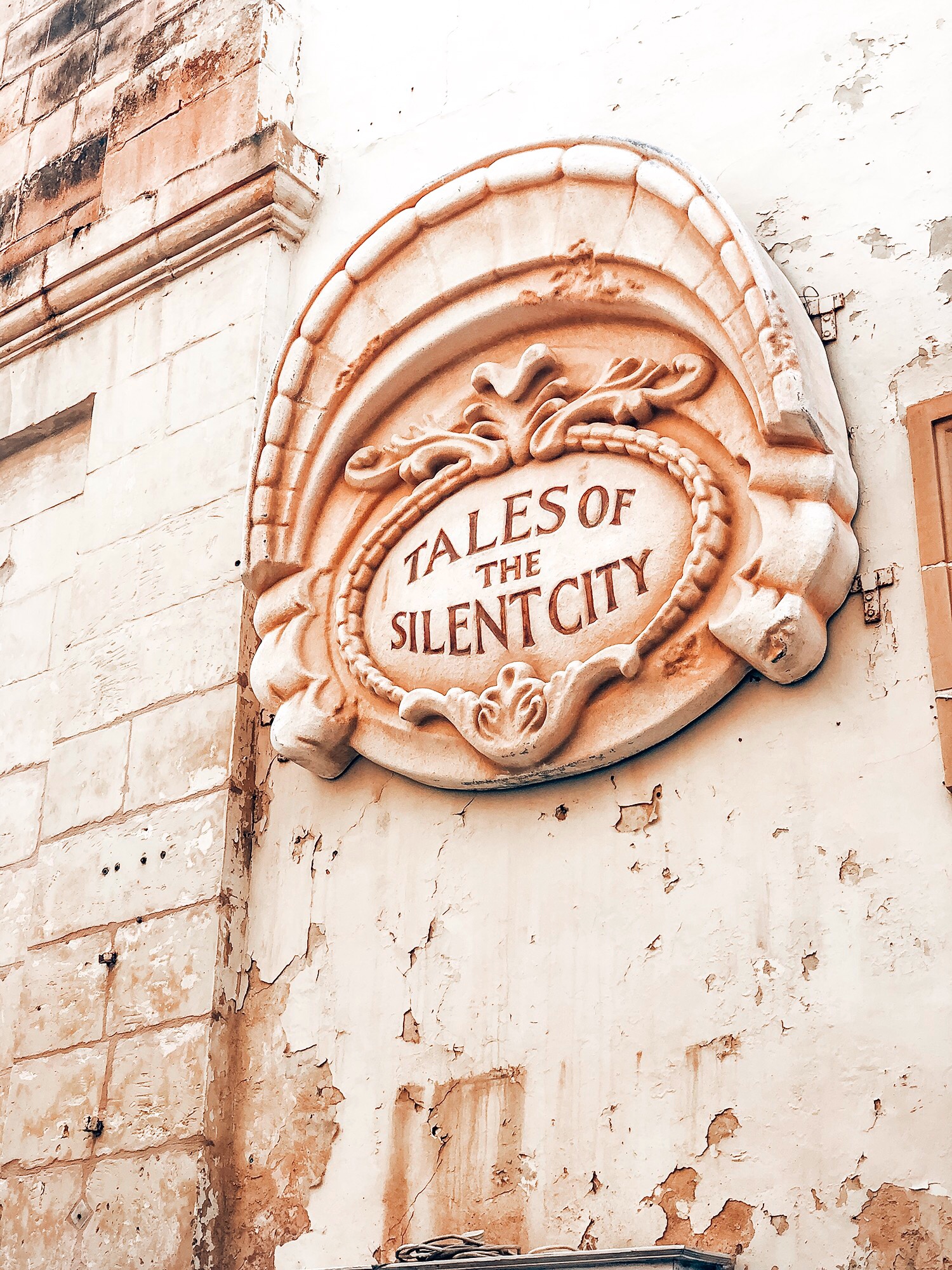 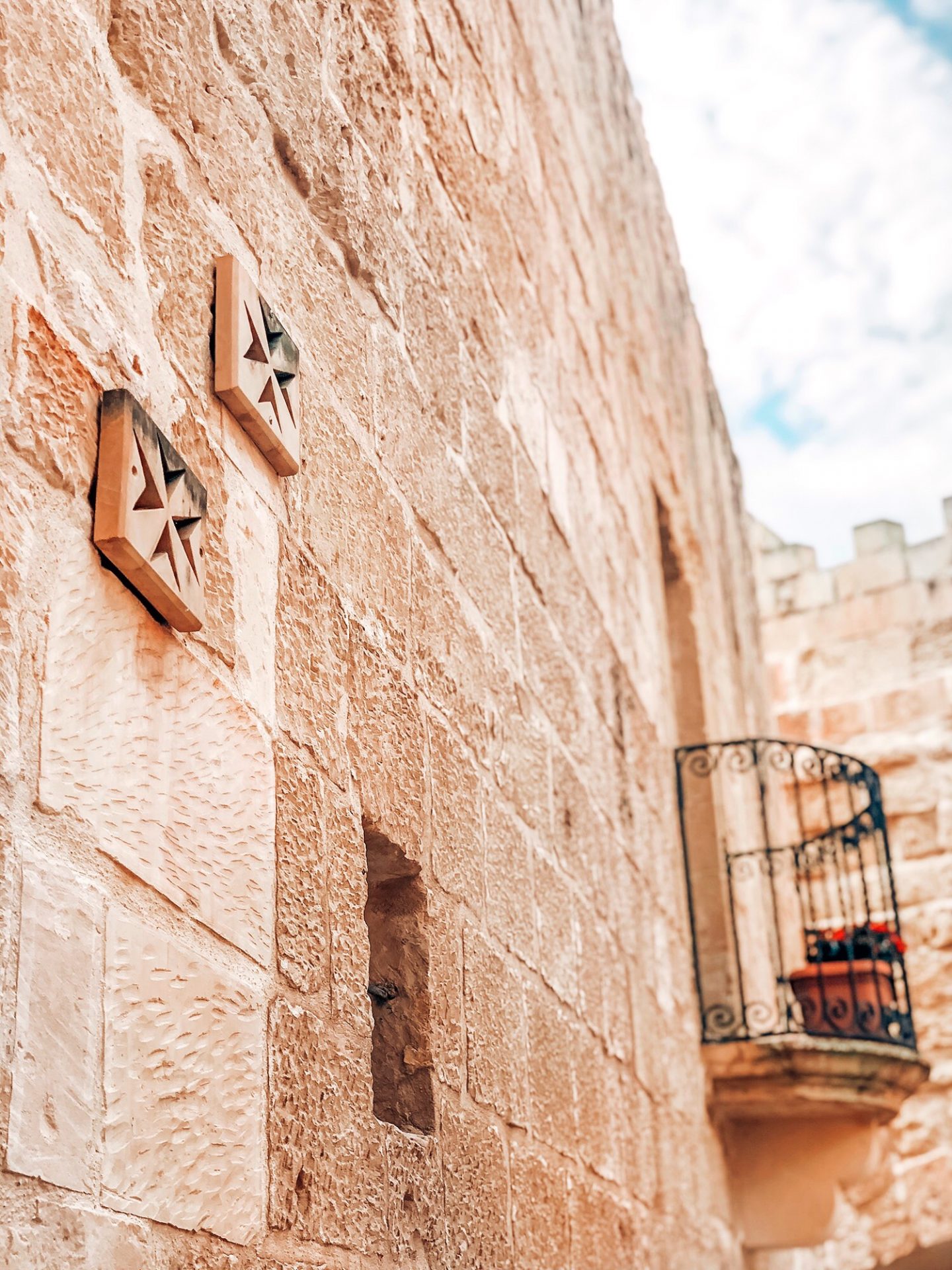 One of the most visited and talked about sights in Mdina is The Cathedral. Located in Archbishop’s Square. It is surrounded by a number of grand houses belonging to the Maltese nobility. I had the opportunity to go to the Cathedral with my school a couple of years ago and I clearly remember being fascinated by the huge paintings and the old historical documents. 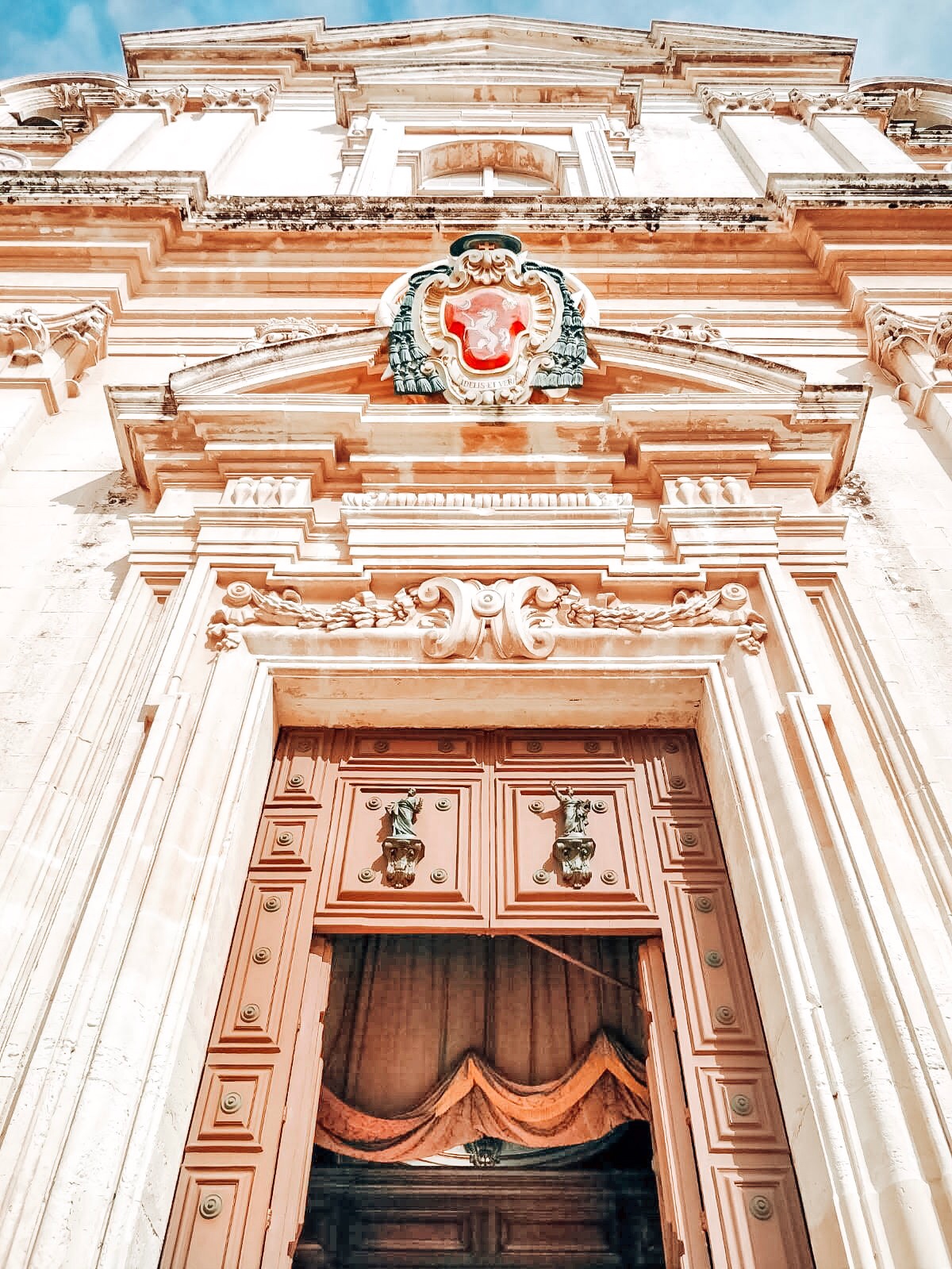 You can purchase the tickets at the Natural Museum. Tip #3: I highly recommend purchasing the tickets and taking the time to go into the Cathedral. You will not be disappointed! 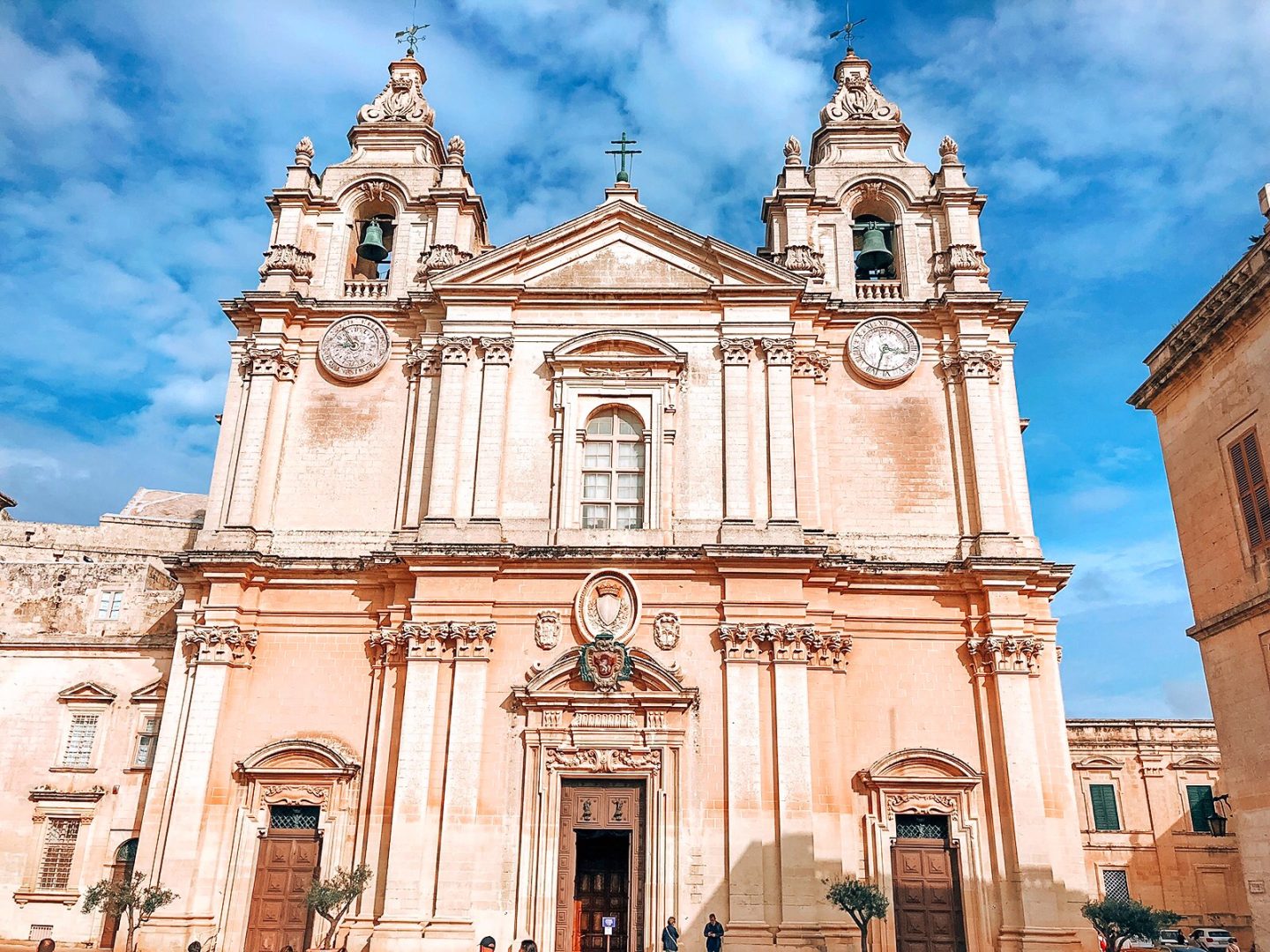 Do what us locals do and grab yourself a beer and sit in the square in front of the Cathedral. 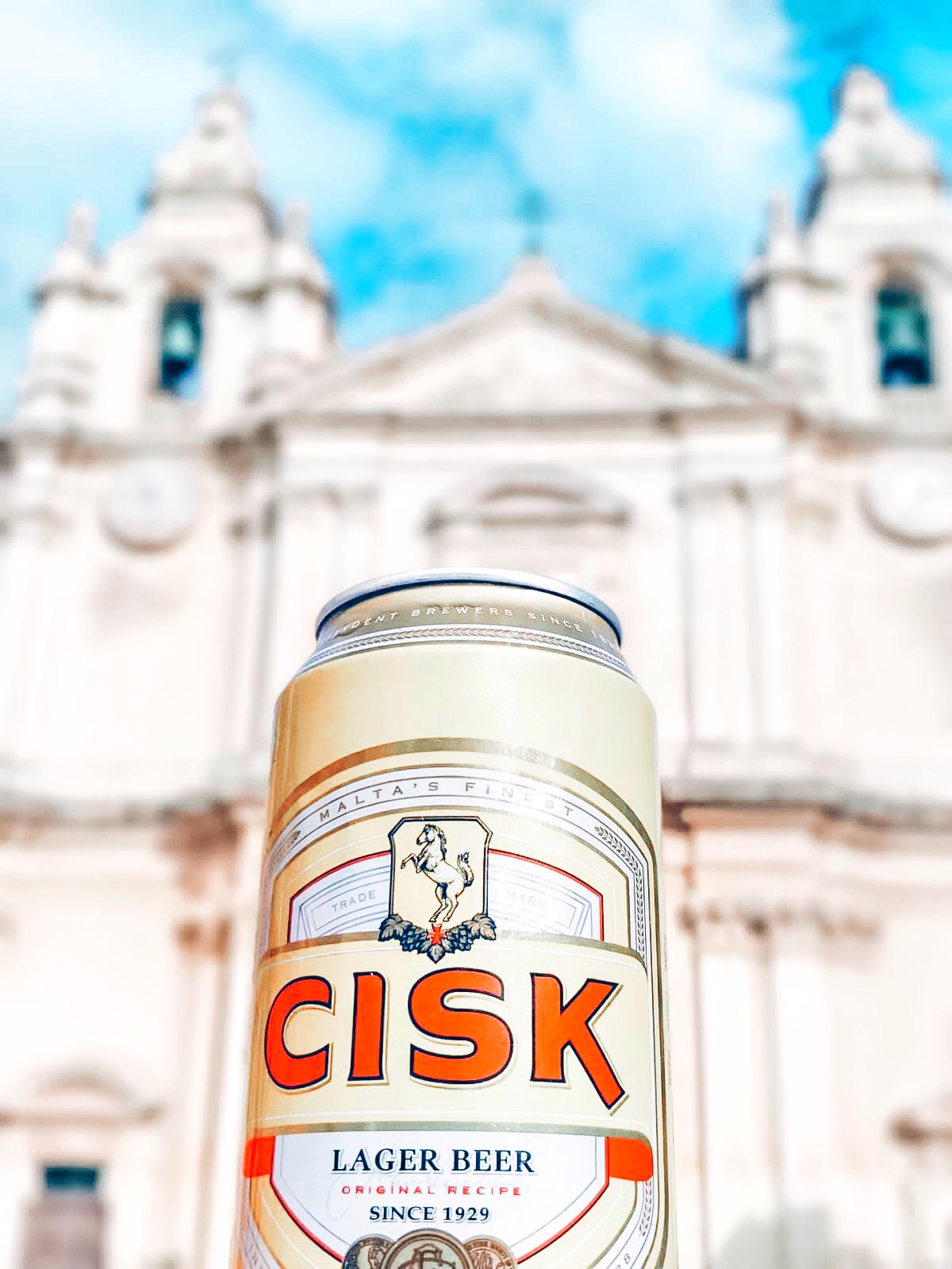 Mdina is located on top on of a hill and it is a fortified city. The reason behind all of this is to protect the citizens in case of an attack. The fortified walls protected citizens of Mdina and surrounding towns.

Furthermore, the Bastion Square stands at the edge of Mdina’s Citadel Walls. From there you can see the landscape that surrounds the city. Take time to admire the panorama of the Maltese countryside. You can see the Mosta Dome and the viewpoint extends to the shores of the Mediterranean Sea. 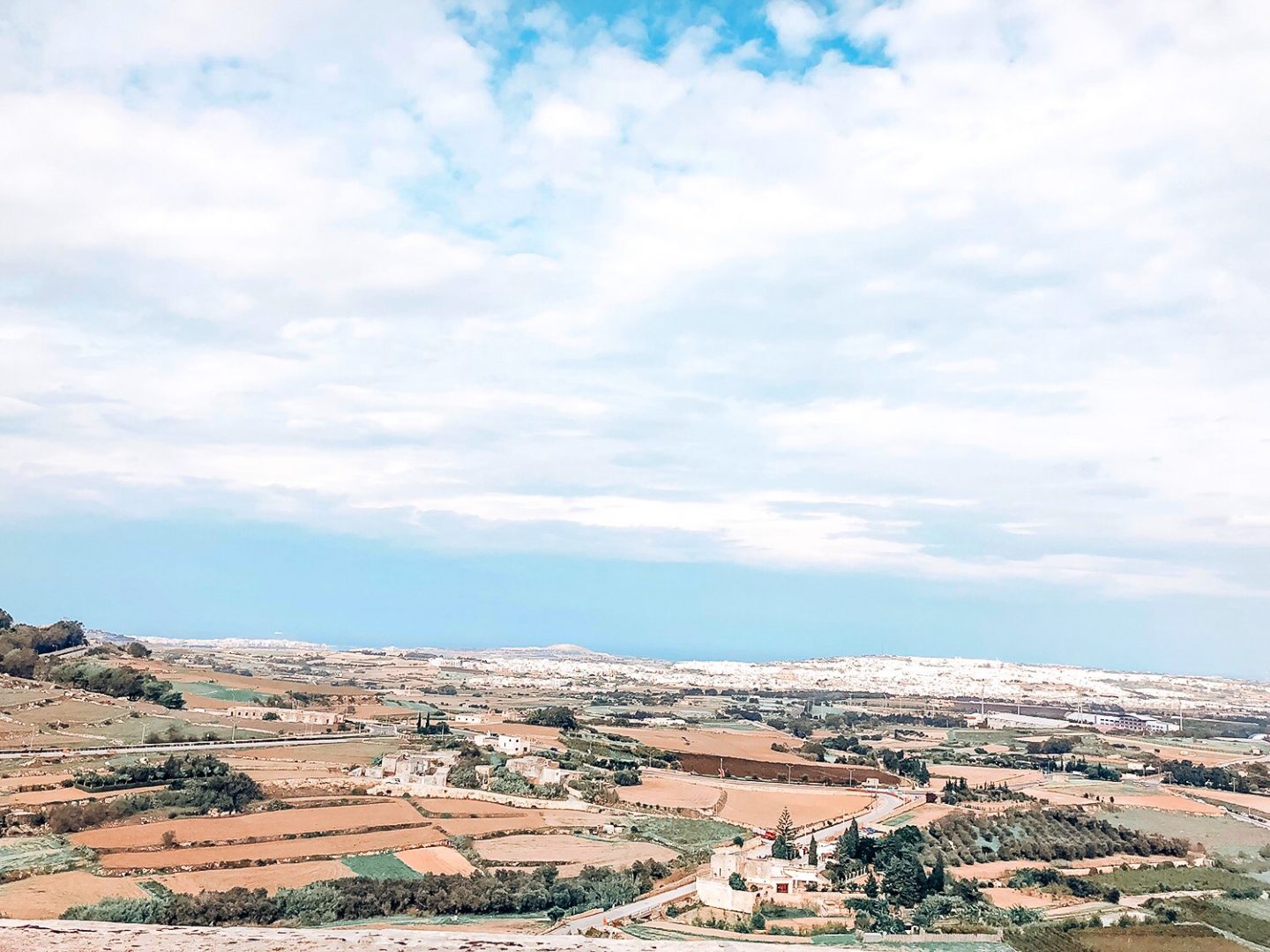 Fun fact: on a super clear day, you can see Mount Etna all the way over in Sicily! 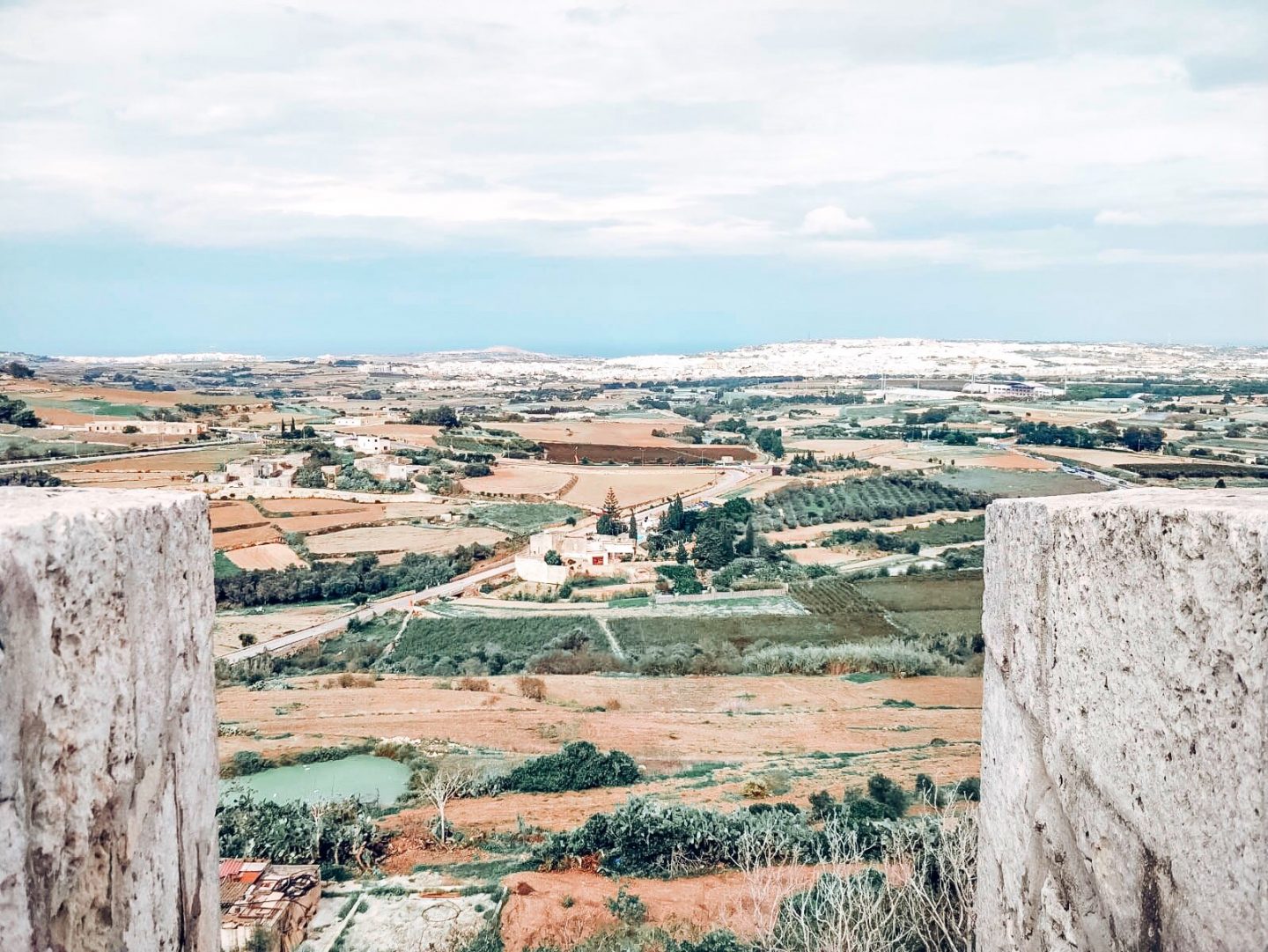 Tip #5: If you want to enjoy the stunning view and eat delicious food, head over to Palazzo De Piro for gourmet food or Fontanella Tea Garden for some delicious cakes and milkshakes. The double chocolate one is my absolute favourite!

After admiring the view, we headed to one of the many souvenir shops located all over Mdina. I want to buy a small necklace with a pendant of the Maltese Cross. The ones at this particular store were too big for my liking. No worries though, I have plenty of the time to find the perfect necklace. 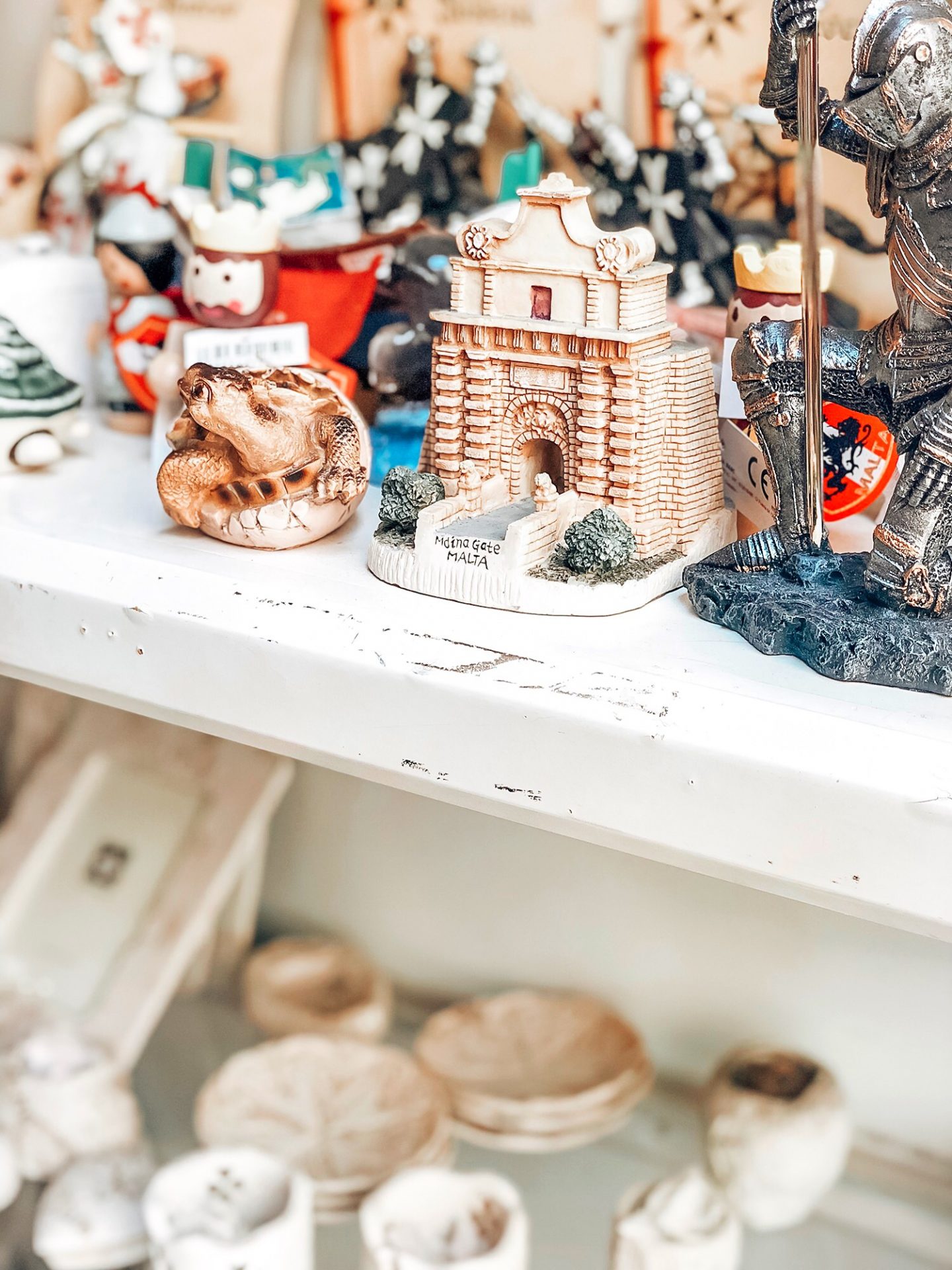 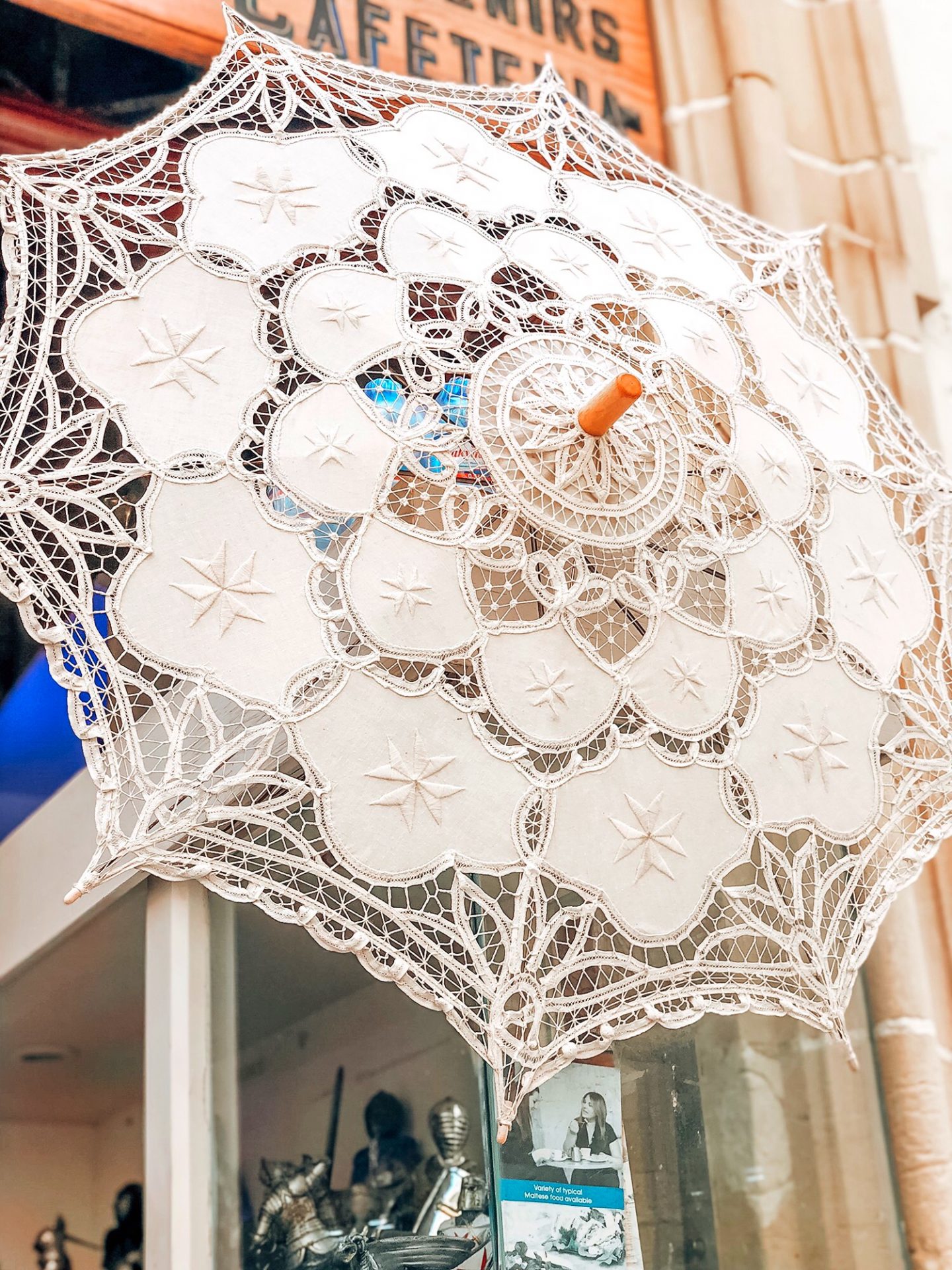 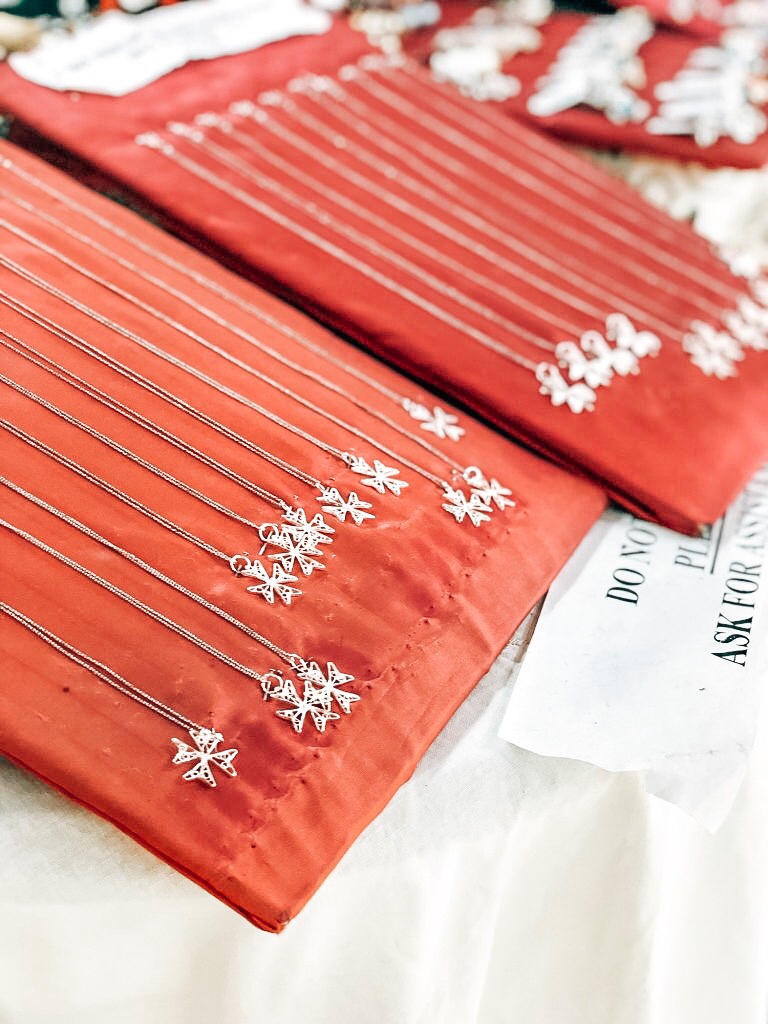 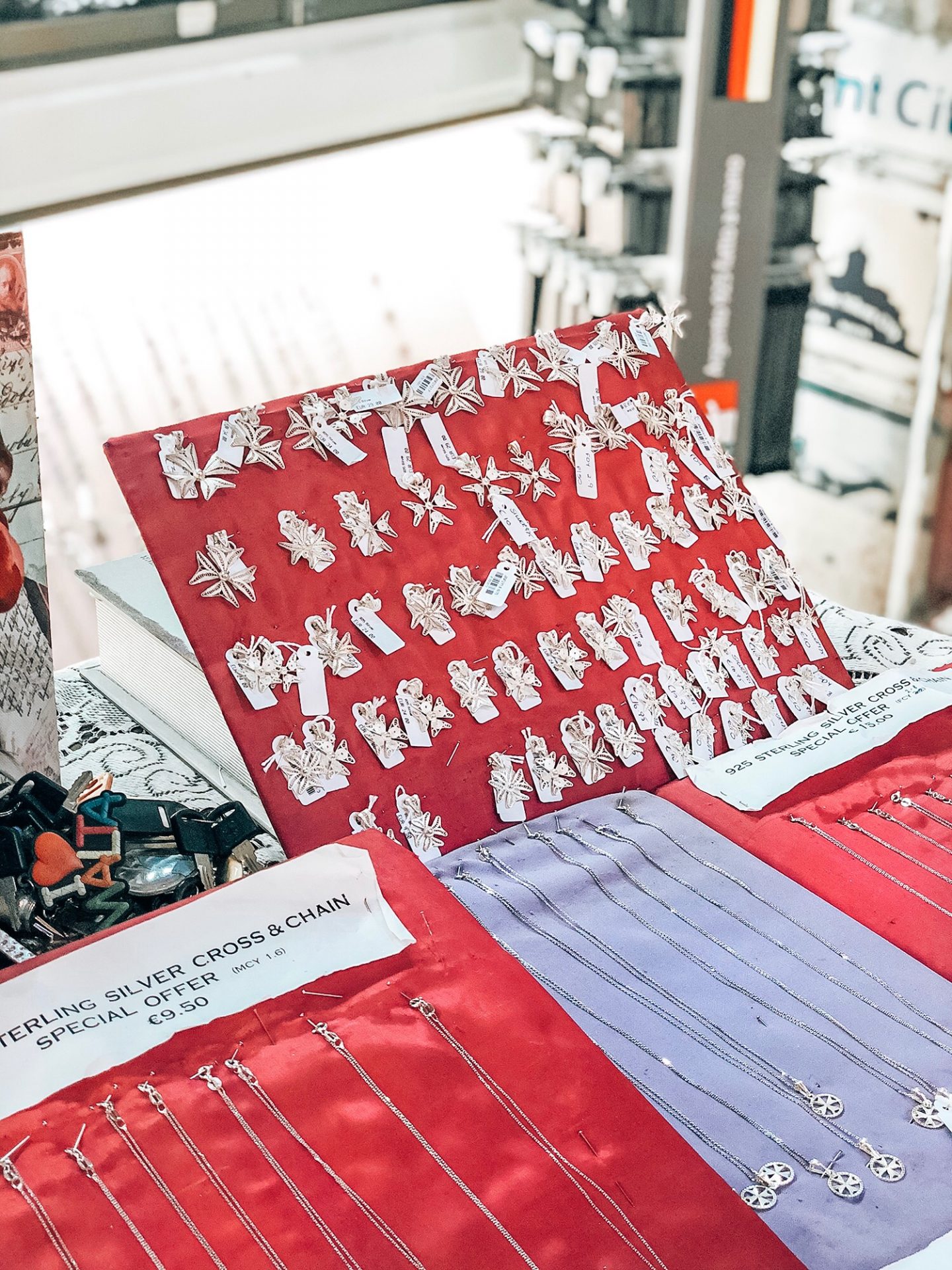 And after all of that walking around, we got very very hungry.  As a Maltese who has been away from Malta and what it has to offer for a whole month, I was desperately craving some pastizzi. We headed directly to ‘Is-Serkin’ which is a very well known pastizzeria.

What are pastizzi you may ask? Pastizzi are delicious. That’s what they are. They are a 45c piece of delicious dough cooked in delicious lard and filled with delicious ricotta or delicious peas.

There’s a queue of people every time I go there, that’s how delicious they are! I bought three, one for each of us and a bottle of Kinnie for myself. It’s a very traditional place. They serve traditional Maltese snacks. And you can also get a cup of tea in a very traditional glass. I am not a tea or coffee fan so I stuck to my beloved Kinnie.

I wasn’t sure whether or not L and our friend would like the pastizzi(if they didn’t, that’s great because that means I’ll eat theirs too). But as it turns out, they loved them! So much so that they went in and bought more. AND they also bought frozen ones to bring back to Germany with them! 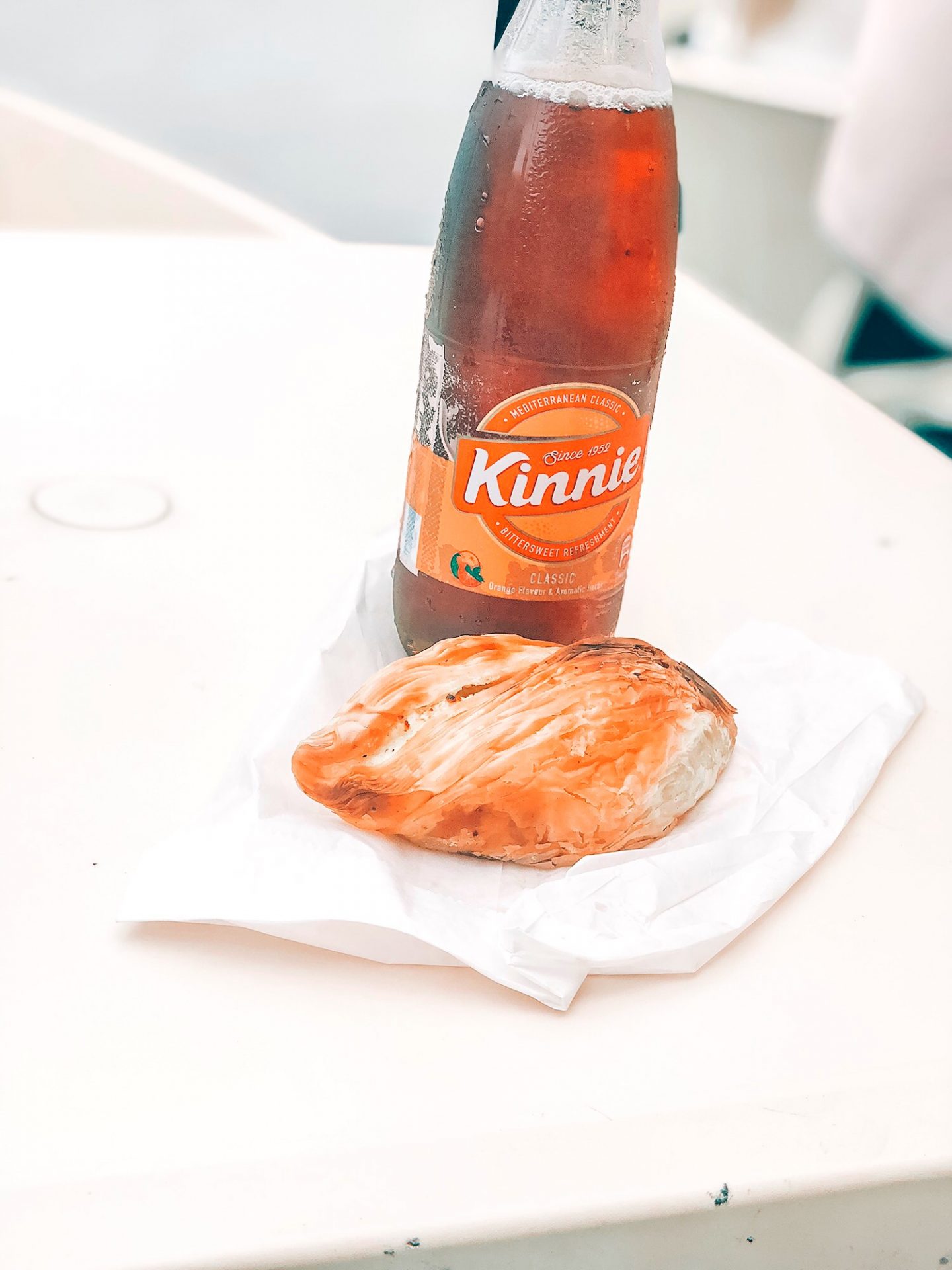 After that, we went out and had dinner together before heading back to our Air BnB. I spent the remaining two days with my family while L and our friend explored more of Malta. The following Tuesday, we flew back to Germany together and now I officially moved in.

And that brings an end to this post. I really hope you enjoyed it! Let me know if you visited in Mdina before and if you visited other places that I didn’t mention in this post! ‘Till the next one! 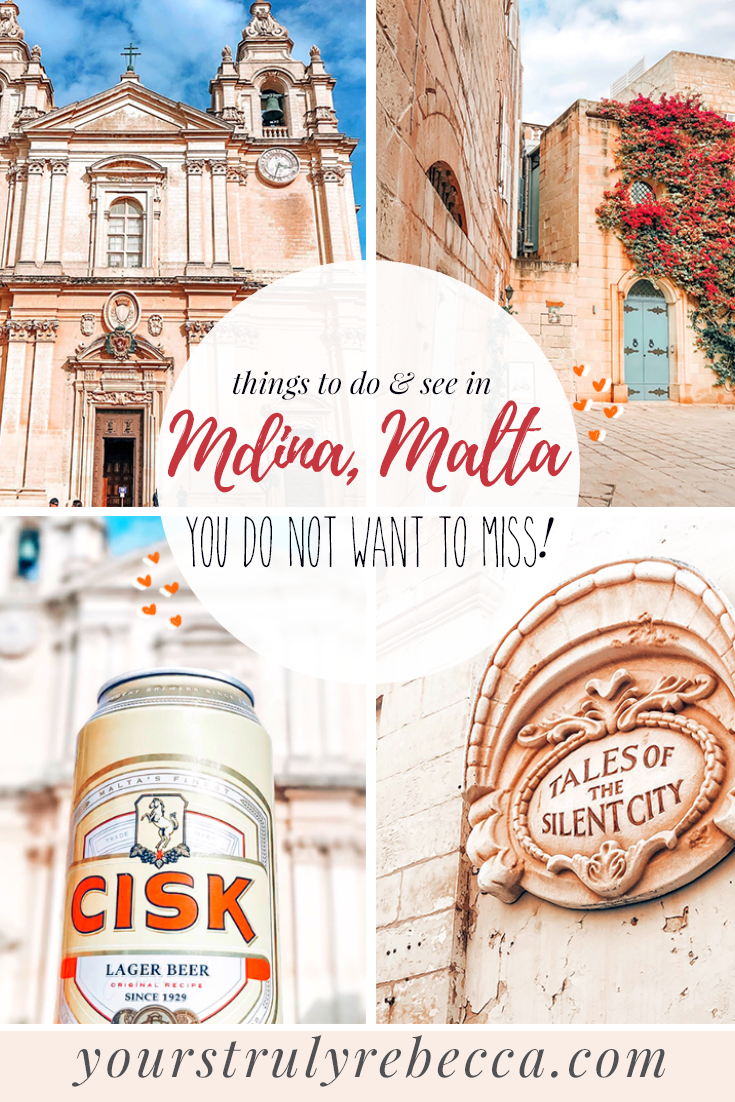 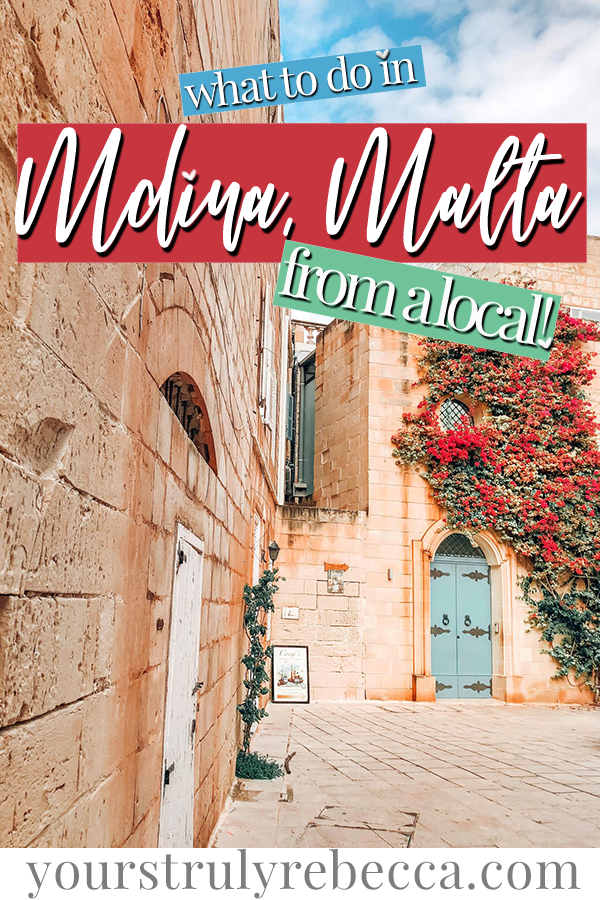 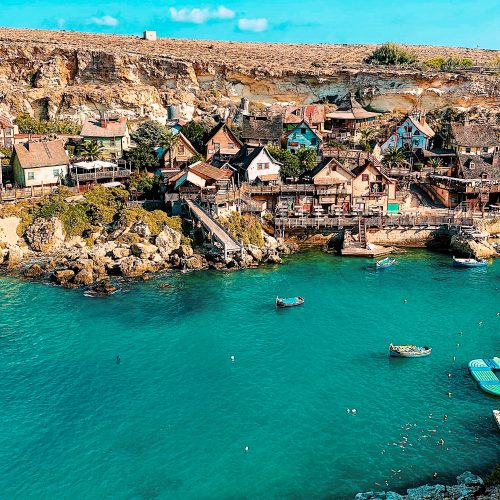 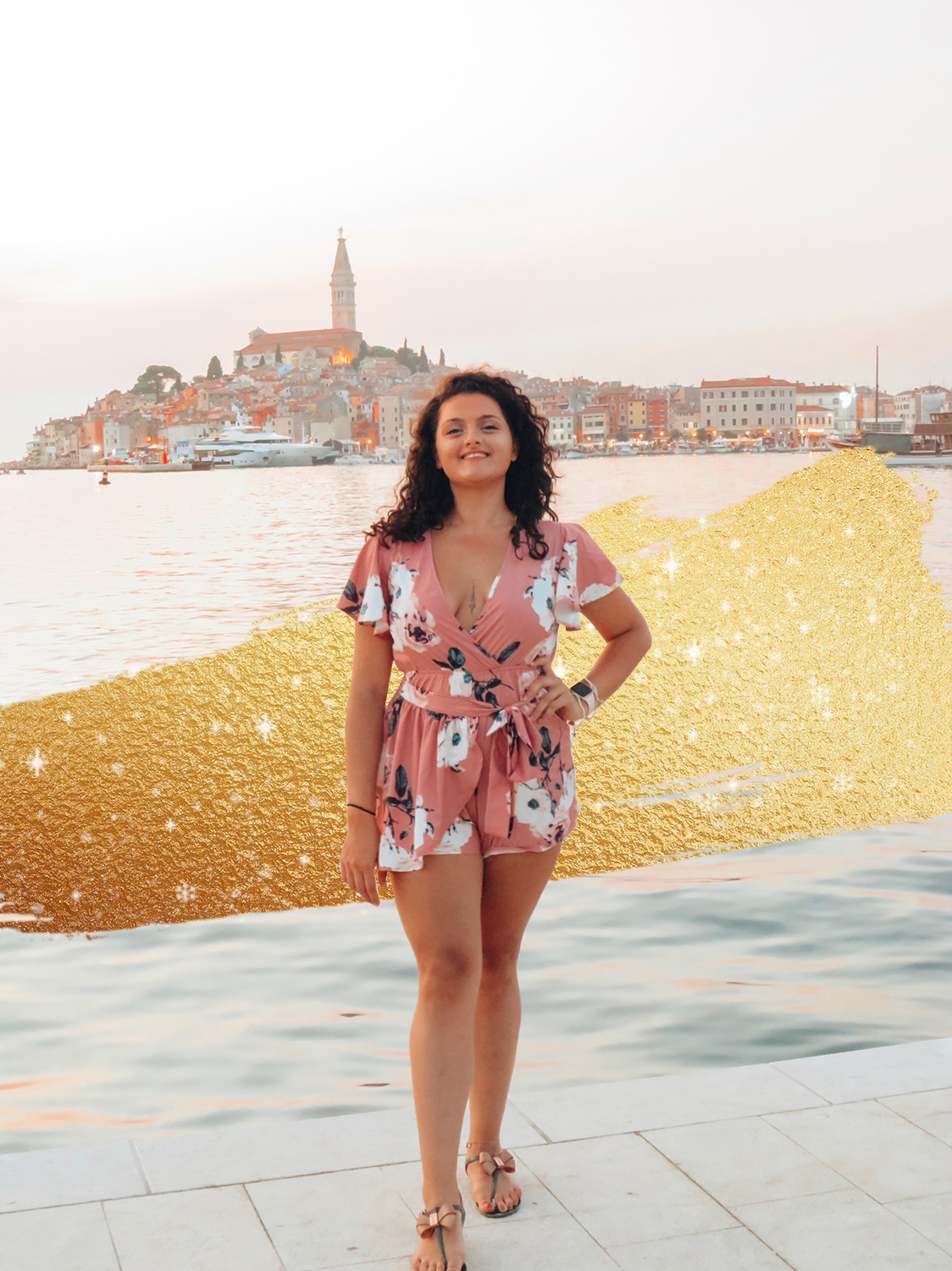 A Complete Guide On What To Do In Rovinj, Croatia 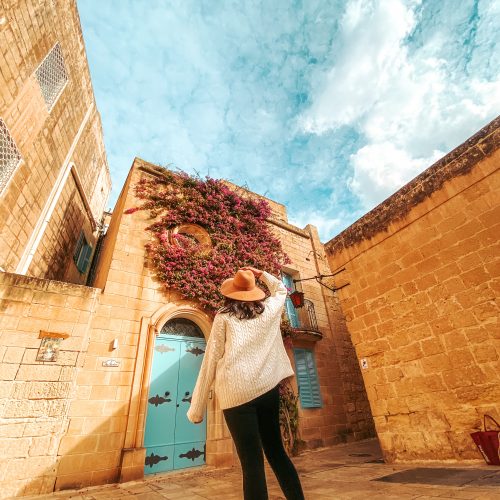